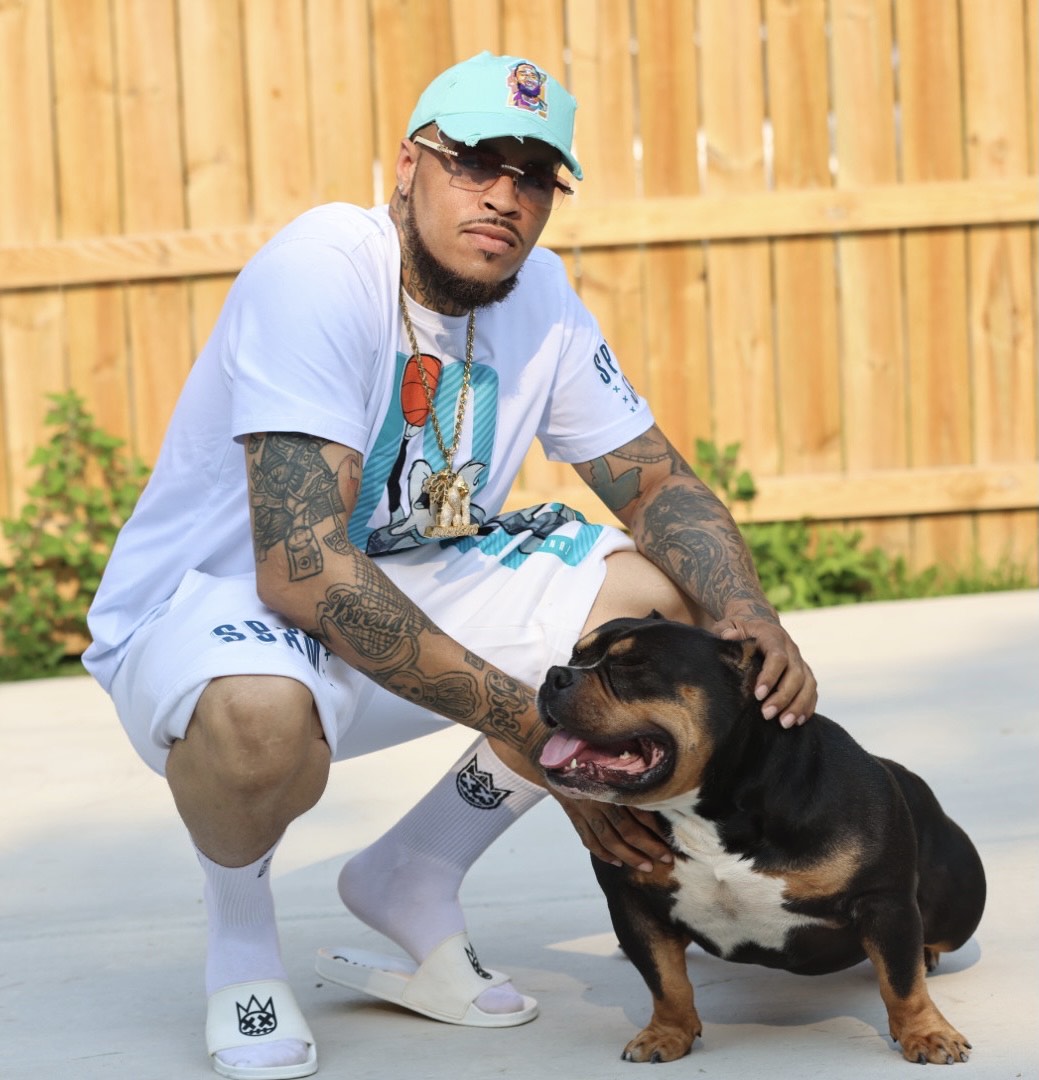 Detroit multi-talent Bread Boi always seems to have a full plate in front of him. Not only is he a father, American Bull Breeder, and owner of his own studio, but he has also spent years working as a producer and marketer for some of Detroit’s most promising artists while working on his own music at the same time. “I try to bring a completely different sound to the forefront, especially for my city of Detroit,” he states. Spending years making the round in the Detroit hip-hop scene, Bread Boi is ready to bring himself to the attention of the world.

With years spent navigating the storied Detroit rap battle scene, Bread Boi made himself a fixture in the city’s music industry and started crossing paths with some of Detroit’s most prominent movers and shakers. A career in music is exactly what Bread Boi knew he wanted after getting a taste of it. “I never looked back,” he says. His career began as a producer, songwriter, and marketer, as he helped other rising artists find their footing in the music scene he has come to know so well.

Now, however, Bread Boi is ready to make time for himself. With all the talented producers he has met over the years at his disposal, the Detroit fixture has finished his first EP, entitled Corey Cartel. “One of my favorites right now is Trampoline,” Bread Boi says of the song on his upcoming project. “It’s a club-based song with high energy & lots of 808.” Most impressively, Bread Boi is staying true to himself and to his city with his music. “To know that I’m genuinely loved for being genuine is everything for me,” he states.

Check out Bread Boi on Spotify:

DJ Rebuttal Explains Why 2022 Will Be His Year

Meet Entrepreneur Chunko, Aka Eldunko, Rising in The Industry with His Music and His Clothing Line