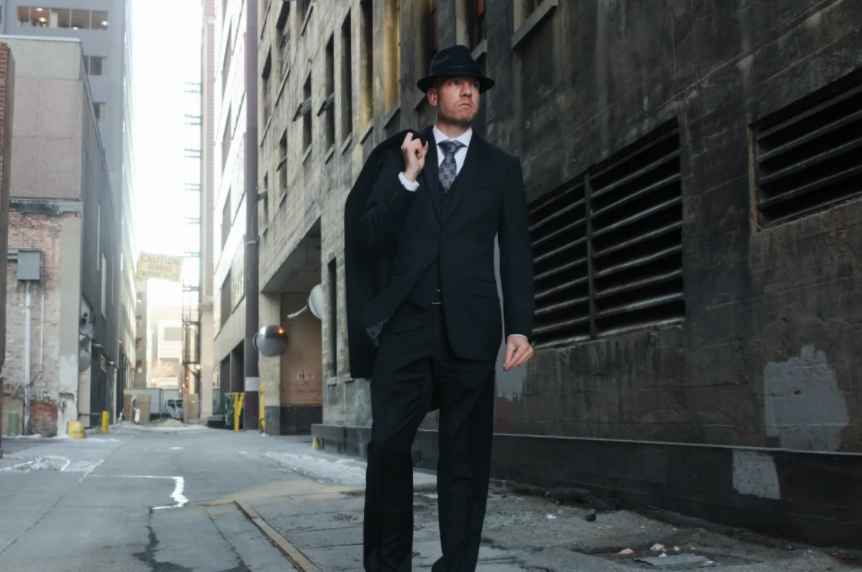 Brandon Riley is our new discovery. Learn more about his musical journey in this interview!

HELLO BRANDON RILEY, WELCOME TO ABOUT INSIDER! “MARCO POLO” IS YOUR FIRST SOLO RELEASE SINCE YOUR PAST MUSICAL ENDEAVORS. WHAT MADE YOU DECIDE TO GO SOLO?
Yep, that is certainly correct. “Marco Polo” is my very first release as a solo artist. And I went solo for a number of reasons. I would say that one of the foremost reasons is honestly because even though its a ton of fun, bands are a pain in the ass haha!!! Now that being said I certainly love to jam with people but to actually be in a band with a fixated group of people isn’t the easiest. I also wanted to go solo because I knew that it would allow for self-discovery. I spent years trying to figure out who I thought I was but I realized that I was only trying to be something cool or acceptable for a group even though that wasn’t really who I was!! I also knew that I would learn so much more. In a band everyone has different jobs. Mine in the bands was mostly PR and songwriting but now everything is on me. And if I don’t know how to do something I can either learn it or collab. It’s awesome.

WHY DID YOU CHOOSE THE ERA OF THE ROARING TWENTIES AND THE GREAT DEPRESSION TO EMBODY YOUR BRAND?
I chose to embody that era because for one, I am old school and dressing up in a three-piece suit, wearing dress shoes with white tops, and dress hats is definitely old school. As a history buff, I would definitely say that learning about that time period always inspired me because even though the twenties and the thirties were tough decades for a lot of people, they rose to the occasion and partied hard doing it. I always thought that was inspiring even from a young age.

WHAT ABOUT THIS TIME PERIOD INSPIRES YOU THE MOST?
Well to start off, I remember when I was a kid growing up in Kansas City I always liked to go downtown especially to the older parts. Those old, red brick buildings with an old Hershey’s sticker barely visible are a piece of history. One evening in particular, I remember passing by a building that had a staircase that went to a basement that had been converted into a bar. I was too young so I couldn’t go in but I remember being told that back in the twenties its was a speakeasy. For whatever reason, my high school mind thought that was fascinating. So I dug in more and learned about flappers, prohibition, gangs, etc. They did what they needed to do to get by and had fun doing it! Now while I don’t condone a lot of the things gangsters did like Al Capone, there is still a reason we learn about it.

IN YOUR WORDS “MARCO POLO DISCUSSES THE ANXIETIES AND DIFFICULTIES OF MAINTAINING HEALTHY RELATIONSHIPS WITH THOSE CLOSEST TO US THROUGH BOUTS OF DEPRESSION AND SELF-ISOLATION”. WHAT ADVICE WOULD YOU GIVE THE LISTENERS WHO STRUGGLE WITH THIS? WHAT WOULD BRANDON RILEY DO?
I would say to be patient with yourself and try not to overthink it as best as you can. I can guarantee you that those people you are struggling to maintain healthy relationships with aren’t taking anything personally and are for the most part very understanding and very empathetic. I feel that a lot of times, our brains do an incredibly good job of telling us what those people are thinking, and unfortunately I feel like a lot of times it is something negative and 99% of the time it isn’t true. And saying this is always a friendly reminder for myself too!! You’re so wanted and people love to hear from you, even if its been a long time.

BEING FROM KANSAS CITY AND NOW RESIDING IN DENVER, WOULD YOU SAY YOUR ENVIRONMENTS BOTH PAST AND CURRENT INFLUENCES YOUR MUSIC? IF SO, HOW?
Yeah I would definitely say that both environments have had major influences on my music but both in very different ways especially since I am a very different person I am now than I was when I lived in Kansas City almost a decade ago. I would say that the biggest influence for me being here in Denver are other artists. Unfortunately with Covid, the ability to go to shows and meet different artists has certainly died off some, but the northern Colorado community of musicians is definitely inspiring! The biggest influence that comes from Kansas City is from the memories I have growing up and becoming who I am and the people who shaped my life.

WHAT LIVING ARTIST WOULD BE YOUR DREAM COLLABORATION?
OK I’ve got a couple hahaha!! Honestly I would love to collab with Roger Waters and I’d love to jam with Keith Richards. I’d love to collab with Lana Del Rey as well. Watching some of her music videos from her “Born to Die” record where she’s all dressed up fifties style was something that inspired me to present myself the way I do. One more then I’ll call it good hahaha, I could go on and on. I’d also really like to collab with Harry Styles. I’ve recently been getting more into his music, and I am soo impressed with his artistic abilities. One day he’s performing his hits and another he’s jamming onstage with Stevie Nicks. Quite remarkable!

How is wine made?

Fashion, Film, Philanthropy- Izabellah Diez Does It All

What payment options are accepted at drug recovery programs?