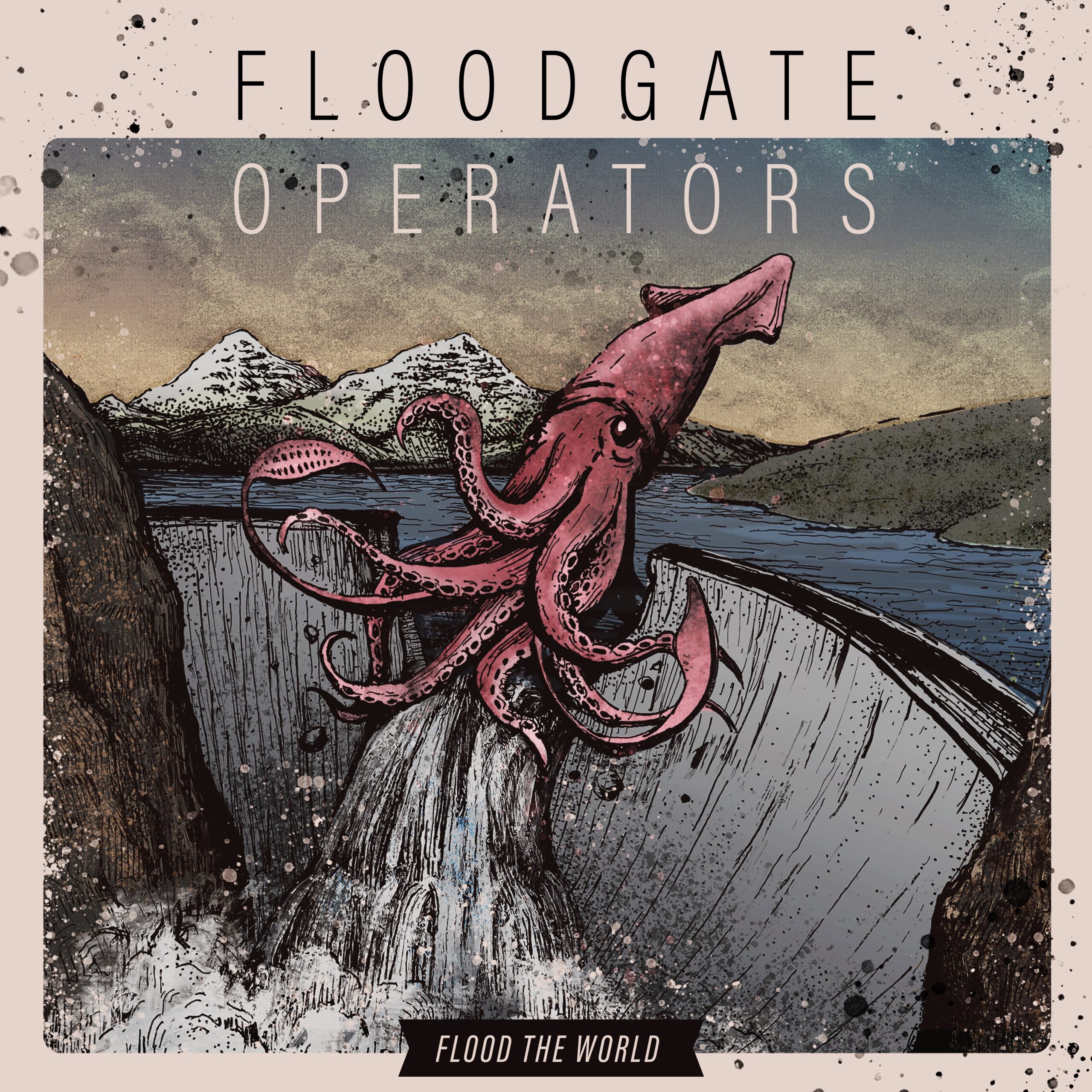 Released under Squid Rider Records on January 28, ‘New Mexico Winds’ is the newest from Floodgate Operators. This single serves as a teaser for their upcoming 10-track debut album “Flood The World,” which will be released sometime in April. ‘New Mexico Winds’ is an upbeat track, featuring wonderful tunes and a distinctive western viewpoint that will transport listeners to solitude and freedom. It is a captivating sensation and visualization by banjo player Ryan Maddux, inspired by “Billy the Kid,” the iconic gunslinger of the American Old West, and the wild territory of New Mexico before statehood.
Maddux imagined Billy the Kid’s thoughts as he snuck away from the authorities and through the ravishing vistas of New Mexico. The band expertly takes fans back in time by combining pleasant sound with a range of lyrical instrumentation to evoke memories and sentiments. Maddux said, “The phrase, ‘Riding these New Mexico winds,’ came to me on one especially windy, beautiful drive. I then infused what ole Billy must’ve had on his mind as he endlessly eluded the authorities.”

The Floodgate Operators is a 5-piece bluegrass band from Crested Butte, Colorado formed in 2018 – Kevin Doherty (twelve-string guitar), Ryan Maddux (banjo), Scott Stewart (six-string guitar), Zach Vaughter (mandolin), and Sebastian Akesson (bass). Floodgate Operators made their debut in 2020 with their EP, ‘Drought Driven Days.’ Known for making hypnotic music that effortlessly connects with its followers, this is the band to listen to if you’re looking for unique musical creations. And with the release of their new single, it won’t be surprising to see their album on top of the charts.

“New Mexico Winds” is now available on Spotify and other major streaming platforms. On Floodgate Operators’ YouTube channel, you can watch the behind-the-scenes footage.

“Endless Joy” makes you with endless Joys in your heart and soul; the new single from Arnaud B

NRC Will be Carried Out Across India – Says Amit Shah