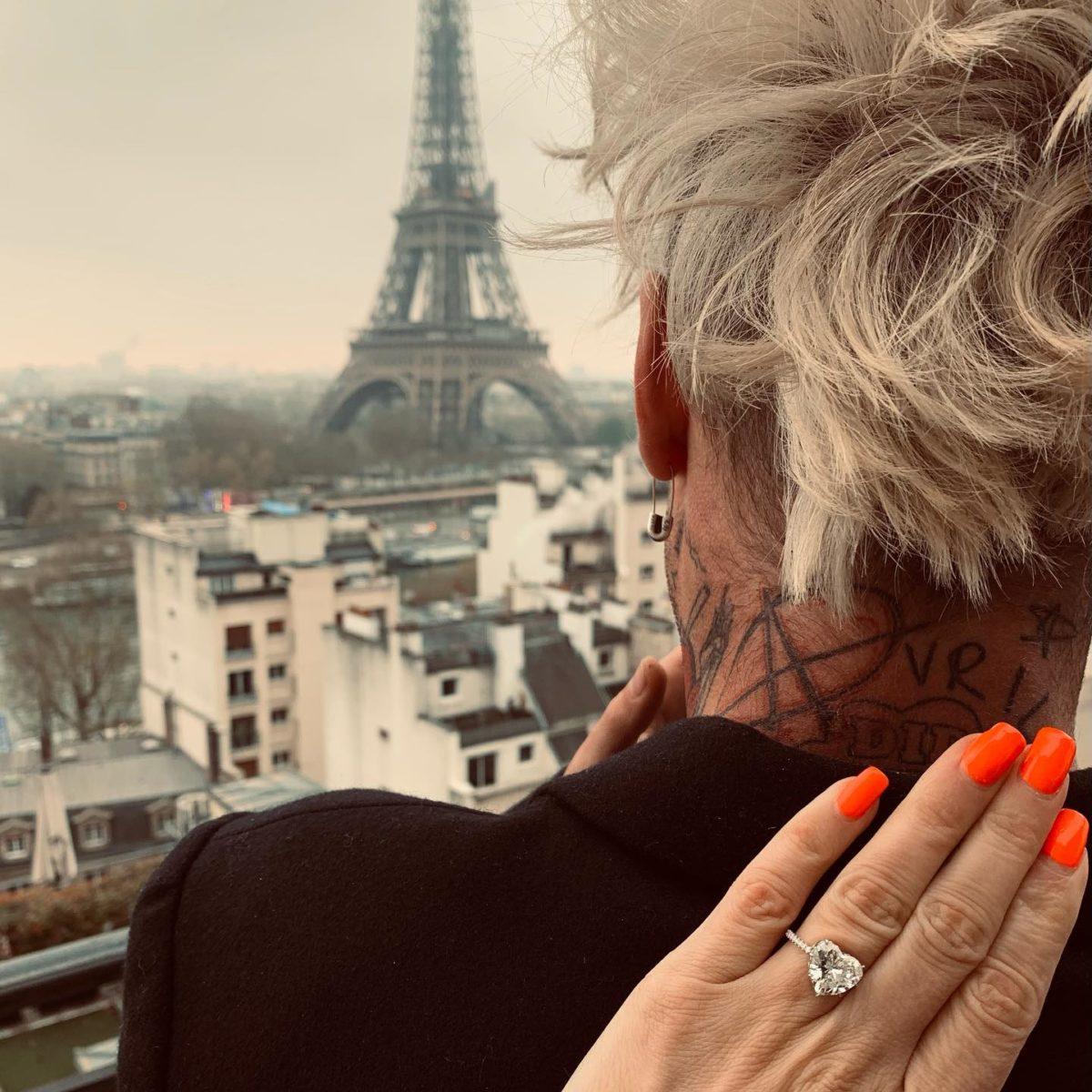 It might not be the first proposal she ever received, but it was very special. Rap star Mod Sun proposed to pop icon, Avril Lavigne, in full view of the Eiffel Tower.

Mr. Sun popped the question one one knee, presenting Ms. Lavigne with a stunning ring. She stated that it was the most romantic moment in her life. “It felt like time stood still, and it was just the two of us in the moment.”

Mr. Lavigne’s new ring is a custom-made heart-shaped diamond, with an estimated value of $325,000. Natural gemstones are prized possessions, and fans have been asking for more details.

There are no second chances for a once-in-a-lifetime occasion, so it pays to do careful research before purchasing a natural diamond. Certificates are not all created equal, and therefore it’s important to understand how grading works.

Diamonds are graded according to an industry guideline known as the 4Cs. Each of four categories is scored on a scale. The appraisal value is based on the total combined score.

Among the different appraisers, the most common in the United States are the Gemological Institute of America (GIA) and the American Gem Society (AGS).

Both of these organizations have gem specialists who perform inspections using a jeweler’s loupe. Manual appraisal is notoriously subjective and imprecise, as explained by gemologist, Danny Scherf at Viocente Labs.

“There is an art to gemology as it’s not always about numbers. Our opinion of beauty does play a role in the cost of a gemstone, so I wouldn’t say that it’s completely ‘objective.’”

When asked if he has reached different conclusions about certified stones, he said it wasn’t uncommon. “There are certain things I personally look at, and other gemologists have their own perspectives. It’s actually fairly rare that I agree one hundred percent with a grading system from another lab.”

According to Mr. Scherf, customers sometimes pay inflated premiums based on optimistic appraisals. They are disappointed to learn about this upon selling the jewelry. While some gemologists might consider appraising as an art, customer are paying for the science.

Manual inspection still remain the most popular form of rating gemstones, but the industry is shifting toward digital solutions. The most well-known of the scientific grading services is from Sarine Technologies, a large diamond industry conglomerate with offices around the world.

Their wide range of high-tech machines and software is behind much of the global planning, cutting and polishing industry. Sarine issues digital diamond gradings, which are the most accurate in the world. Specialized laboratory scanners analyze attributes far beyond the tolerances of the human eye, and without the biases of individual color perception.

The Sarinemachines use AI and high-resolution optics to precisely score the 4Cs, and the system has its own additional light performance scale, with four additional categories. The scanners can even identify whether a stone is natural or artificially lab grown.

Evan Freid is the CEO of Freid & Beren a high-end luxury jewelry chain based in Ramat Aviv, Israel. “Ours is a conservative profession, so we’ve been slow to adapt. But we are playing catch-up with technology. Especially, given all the synthetic gemstones on the market.”

Mr. Freid continued, “Digital grading is extremely accurate, and it gives our customers confidence, which is great for everyone. If you are investing a few thousand dollars on jewelry, you want the correct numbers.”

Mr. Sun didn’t publicly reveal the color, cut, clarity and carat weight of his generous engagement gift, but many fans might compromise on quality for a gem of that size.

Given the estimated price of Ms. Lavigne’s sparkling heart, it appears that she received the best of both worlds.

Neela Jolene Always Looking for the Rainbow in the Rain

Jeff Lerner and How to Start a Business From Scratch