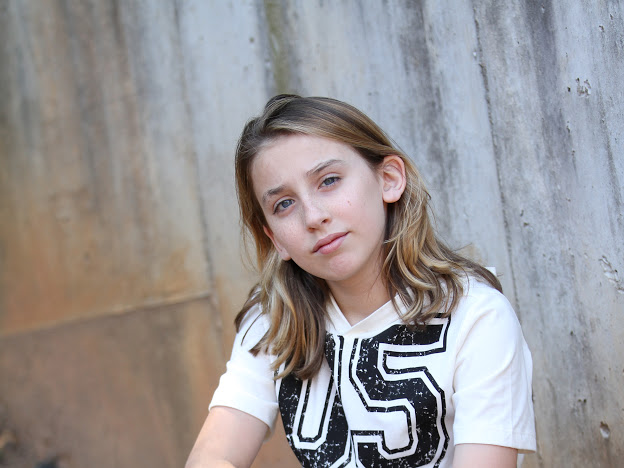 Brodie Mullin appeared at the 2021 Atlanta Kids Choice awards and is known for his role as Daniel Miller in The Science of the Tortured Mind (I) (2019), One Shot (VI) (2018), Only One Time (2018). Brodie is also a hip hop dancer and martial artist. He has appeared in several music videos and won the Kids Got Talent Showcase for hip hop dancing in the 9-12 age division. Brodie is a black belt in karate and has won 1st place trophies in sparring and nunchucks.

HI! THANKS FOR TAKING THE TIME TO CHAT WITH US! CAN YOU TELL US A LITTLE BIT ABOUT YOURSELF, WHO IS BRODIE MULLIN IN YOUR OWN WORDS?
I am typical teenage boy. I like playing Fortnite and Minecraft. I want to be a producer or director when I get older. I like to play sports. I studied martial arts for 8 years and I have earned a black belt in American Karate. I have also won several sparring and Nunchuk tournaments. Currently, I am studying Jiu-Jitsu. Last summer I earned my open water certification. I am hoping to do some diving this summer. Currently, I am a dancer, singer, and actor.

HOW AND WHEN EXACTLY DID YOU REALIZE YOU HAD THE PASSION FOR SINGING & ACTING?
My first passion is dancing. I started taking dance lessons at five years old. I loved watching, “So You Think You Can Dance.” I found I had a passion for acting when I got a role at my dance studio. During the recital, we dance and tell a story through characters. My first role was Robin Hood followed by Spanky and then Chistery, the flying monkey. For an audition, the role required singing so I signed up for voice lessons. I liked singing so much that I wrote my own song and now I have two songs streaming on all media platforms – “Warrior” inspired by events that happened in my life and “Headshot” inspired by Fortnite.

HOW IMPORTANT IS DEVELOPING A PERSONAL STYLE WHEN IT COMES TO ACTING?
It is important to have a personal style in acting so you know where you fit in. I am really good at comedy. I am a cast member for Winning Feathers. Winning Feathers teaches public speaking and interpersonal communication skills. They recently created an educational web series that will teach soft skills. I play myself in the series and we teach a variety of skills to help children with soft skills. My character is funny. While I am teaching soft skills, there are funny scenes to help kids feel relaxed and it makes a serious topic more enjoyable to learn. The series will come out in June. I also have a personal style for my “Warrior” brand. I sell “Warrior” merchandise like t-shirts, hats, backpacks, and hoodies.

TELL ME ABOUT A TIME WHERE YOU HAD DIFFICULTY WITH A CHARACTER. WHAT WAS THE ROLE AND WHY WAS IT CHALLENGING?
I’m just starting out so I have not had difficulty with a character yet. Most of my lines have been pretty short. However, this summer I am filming a comedy movie and casting says that I have a major role. So, that may challenge me a bit.

DESCRIBE YOUR CREATIVE PROCESS?
I am currently choreographing a dance. First, I had to choose a song that had a great beat. Then I try some freestyle mixed in with popular dance moves. Then I try them together and see how it fits. Sometimes it looks good and sometimes I have to start from scratch. That is pretty much what happened with writing the two songs.

WHO ARE YOUR BIGGEST INFLUENCES?
For music, my biggest influences are Fik-Shun, Twitch, Chris Brown, and Jason Derulo. For acting Tyrese Gibson from Fast and Furious is an influence.

TELL US ABOUT “WARRIOR”?
My song “Warrior” is based on events that happened in my life. A couple of years ago, I was bullied for having long hair. Classmates called me gay, transgender, and queer. When I released by first single, “Headshot,” people were posting horrible comments on Youtube. My mom had to turn comments off. We started researching why people post negative comments and we learned it is because they are hurting and in a bad place. It was actually a video conversation between Gary Vaynerchuk and Charlie D’Amelio where we learned this. I even mention Gary Vee in the song. So, my mom, my voice coach, and I started putting versus together and wrote “Warrior.” The song is about being kind to everyone even if we don’t look like them or have the same views and beliefs. I also sing about being an upstander or ally to stop bullying and to let victims know to focus on supporters, follow their dreams, and not let anyone stand in the way of their destiny. I hope the song empowers allies and victims. Because I believe so strongly in this message, I have submitted an application to STOMP Out Bullying to be a youth leader. I have a “Warrior” merchandise store. When you asked about personal style, Warrior is my brand. So, I guess you could say that is part of my personal style. “Warrior” has also been submitted to the Skyline Performer Awards and the Young Artist Academy Awards. Hopefully, we will hear soon that “Warrior” has been nominated.

WHAT’S SOMETHING WE SHOULD KNOW ABOUT YOU THAT MIGHT SURPRISE US?
I am an award-winning dancer and singer. I won the Kids Got Talent Showcase for hip hop dance. This year “Warrior” won song of the year at the Atlanta Kidz Choice Awardz. I am also ambitious. My goal is to team up with Doritos. On some of their packaging, it reads, “Be kind today” and “Stand up for someone.” I want to create a Warrior Dorito chip and have the proceeds go to educational bullying organizations.

ANY UPCOMING PROJECTS/ROLES YOU CAN TALK ABOUT?
I have two big projects coming up. First, I will be traveling to Florida to film a comedy movie. Casting liked me so much that they created a role for me and I play myself. Second, I will also be performing with the Boys of Summer Concert Tour in Orlando on August 1 and in Atlanta on August 3.

WHAT IS ONE MESSAGE THAT YOU WOULD LIKE TO GIVE TO YOUR FANS?
Stay true to yourself. Use your haters as your motivators and remember that your self-worth is
not defined by how people treat you or whether or not they like you.

How to Get Fit and Ready for Summer

Why You Need to Know Shedell