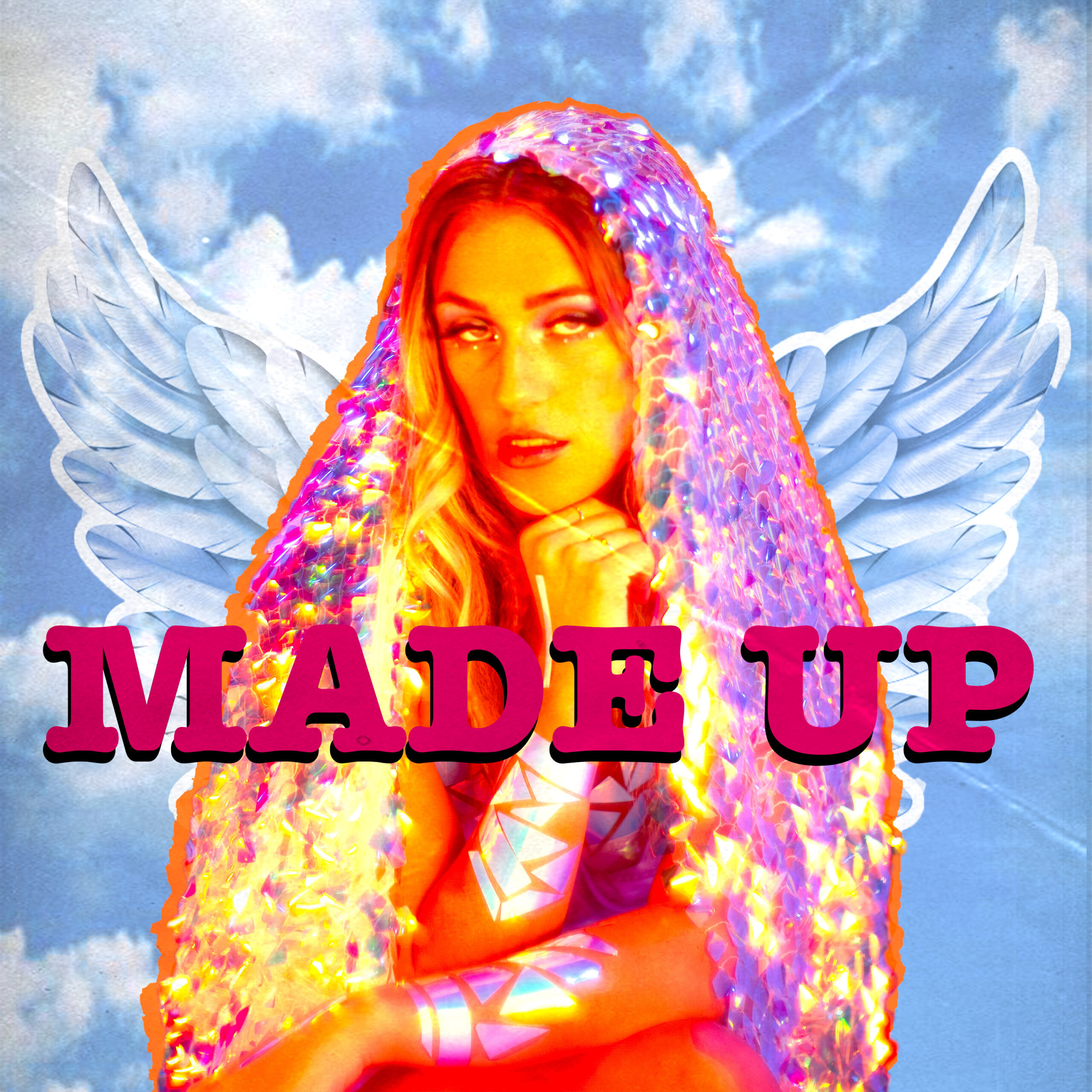 Ariel Hill has been steadily releasing singles since the start of 2021. ‘Made Up’ is her fourth release this year and the artiste from Houston, Texas has been making her presence felt in the music industry. With several great accomplishments in her career so far, she is only trying to give her fans the music and visual content they deserve.

The magical and mystical video pulls you into the world of Ariel. It starts out with chill guitar notes layered by airy synths as she begins to tell the story of the mystery man who never calls her on the phone. Things get steamy as her range widens and we find out more about her relationship with the man in her imagination. Ariel sings, “I need to cool it with this hasty fixation, but I really think I’ve fallen in love,” and now we know it’s serious.

The surreal backdrop helps push the narrative that it’s all made up. After walking through a mirror-less mirror, she pulls out her guitar and lies in a bed of large black fabric with its crumpled texture reflecting her cool anger in the chorus, contrasting the silky, smoky vocals it began with. After lots of wandering through a set of handmade props, Ariel ends up in a flower field, singing slightly mumbled trance-like lyrics to gentle piano chords. As she chants relatable lyrics – “Show me a love that will last”, you can’t help but feel connected to her.

Being a songwriter from the age of 10, writing comes easily to Ariel. While going to college, she recognized it was more than a hobby as she missed classes to stay home and write. This pushed her to finish school as quickly as possible and move to Nashville Tennessee to pursue her passions. She is now set on completing her long-awaited debut album, after garnering years of valuable musical experience.

Ariel is not only a singer but a multi-instrumentalist and a video editor with a popular YouTube channel. In addition to singing and studying in New York, she has worked the Music City stage with bands all around Nashville. Ariel has also performed to a crowd of 20,000 as she sang the national anthem for the Houston Rockets at the NBA playoffs. After recently completing a European tour, she is now set on promoting her new music and creating serious waves in the industry.

The first singles from the album have already been gaining traction, getting thousands of views across streaming platforms. Fans have been loving the vibe of ‘Honeycomb’ and ‘Dream in Peace’. ‘Made Up’ is available on all major platforms. Click this link to watch It on YouTube, and follow Ariel Hill on Instagram.

Is Entre Nation (Entre Institute) a Scam? No, it’s Legit!

In-Demand Jobs Over the Next 10 Years