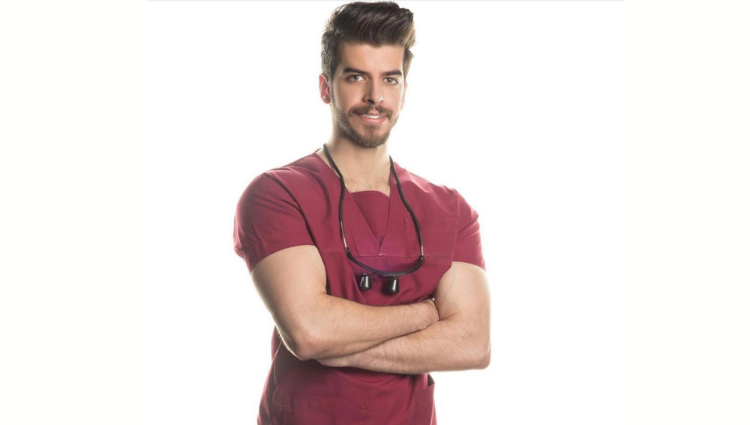 Having one talent is considered lucky, having more than one talent is an absolute blessing! Especially if you have the mentality and charisma to help you create inspiring world class achievements out of your given talents, to then enjoy being an inspiring character through the story of success your achievements have created.

Best way to elaborate on the above statement is to present a live example of such from Kuwait , he is a popular multi-talented individual named Dr. Ali AlSaqoby. He excelled in sports, dentistry, social media and more. His exceptional personality, charisma , mindset and good looks, complemented his talents beautifully to have an inspiring ongoing story of success!

GREW UP WITH SOCCER AND NOW HE IS THE MAN IN CHARGE OF THE SPORT!

As a young kid, Dr. Ali AlSaqoby was a prominent soccer player with a talent as a forward that caught the eyes of coaches, as result, they were placing high hopes that he will raise Kuwait name high in on the top of rankings.

Their prediction was not far off. Following his injury, he evolved from playing traditional soccer to soccer freestyle; the sport that involves doing fluent skills with soccer ball.

Starting from an early age made him develop onto an expert pioneer, that took the role later on revolutionizing the sport through being appointed as part of the official world federation.

He went from competing at world class events and competing in world championships related to soccer freestyle, to being the man in charge of creating such events. He was able to organize Redbull Streetstyle Official World Championship qualifier in which, the winner was chosen by him to represent Kuwait in the world finals at Miami, USA. In addition, to couple of official championships he accomplished recently that received a huge news buzz and was described as a huge success.

He still occasionally shares videos of performing skills with the hope of getting back to competing after fully recovering from his recurring injury. He obviously wants to get back to his glory of being ranked as one of the top players previously in his early day!

BEING A LIFESTYLE INFLUENCER IN SOCIAL MEDIA HELPED SPIKE UP HIS POPULARITY!

Dr. Ali AlSaqoby frequent media appearances in Tv and newspapers as an athlete made him become an inspiring public figure. Till he joined social media, that raised his popularity even more with his unique good-looking features and humble relatable personality. For example, this stunning photo of him sitting in his beautiful Bentley car has gained him around 150000 likes, to be one of the most liked photos, not only in Kuwait but also in the Arab world.

However, this was not the only photo of him that went viral, a couple others did aswell if you look through his official profile (@dr.alials) . This demonstrate his influence, that he is taking advantage of, to spread a positive message.

PREVIOUS SCHOLARSHIP STUDENT THAT GRADUATED TO BE A CURRENT LEADING DENTIST!

Beyond his talents and good looks, there is a success story of him being, once a scholarship student for scoring one the highest marks in the country, along with his achievements in sports with no doubt contributed to his full paid scholarship that allowed him to graduate from one of the best dental schools with a certificate of, Masters of dental surgery and two other bachelor degrees. He also obtained second most talented dental student award. To be a now a leading dentist, and also playing the role health educator to his large audience of half million combined, positively taking advantage of this opportunity to improve the community’s health. This what has been gathered from his profile and previous publications. I hope from telling a glimpse of his story someone gets inspired to achieve their goals. Be sure to follow him!

How To Create a Google Review Link

Save Money When Managing Your Healthcare Practice