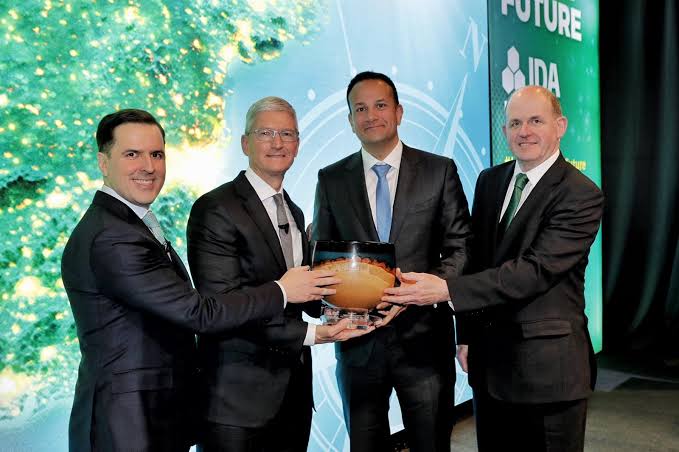 Apple CEO Tim Cook has allegedly been presented with an award by Taoiseach Leo Varadkar at an IDA Ireland event in the National Concert Hall. Cook received this award to mark Apple’s 40 years of investment in the country at a ceremony held in Dublin.

The company that was opened in the year 1980, employees thousands of people at its European headquarters in Cork.

During his speech while accepting the award, Cook said that Apple would “never turn away from the values.”

Further Cook added, “What limits us is the risk that distrust may overtake optimism, that cynicism may calcify what divides us, and that the ambitions we hold in common may shrink from baseless fear. As we look forward to our next decades together, Apple could not be more grateful for your partnership and your leadership. Let’s make sure that 40 years from now, when we are old and grey… a room like this one will gather again in gratitude that so many from different backgrounds and experiences could come together.”

In an interview with reporters, Taoiseach said, “My concern is less for the impact that it’ll have on companies and more the impact that it’s going to have on Ireland, the Irish people, and the Irish public finances. Things are changing, and there are going to be new rules around corporation tax. We need to be part of changing those rules, and we should be… the likelihood is that it will result in a fall-off in the amount of money that we take in from corporation tax over the next couple of years.”

Bollywood Actor Shawar Ali to become an ambassador for Callmama

Simple Tips to Save Your Firm Cash in 2023

How Often Should You Get These Procedures Done?

Dwayne ‘The Rock’ Johnson Becomes the Most Followed American Man on…

Election Results Updates: BJP set for a big victory in Gujarat, Congress to win in…