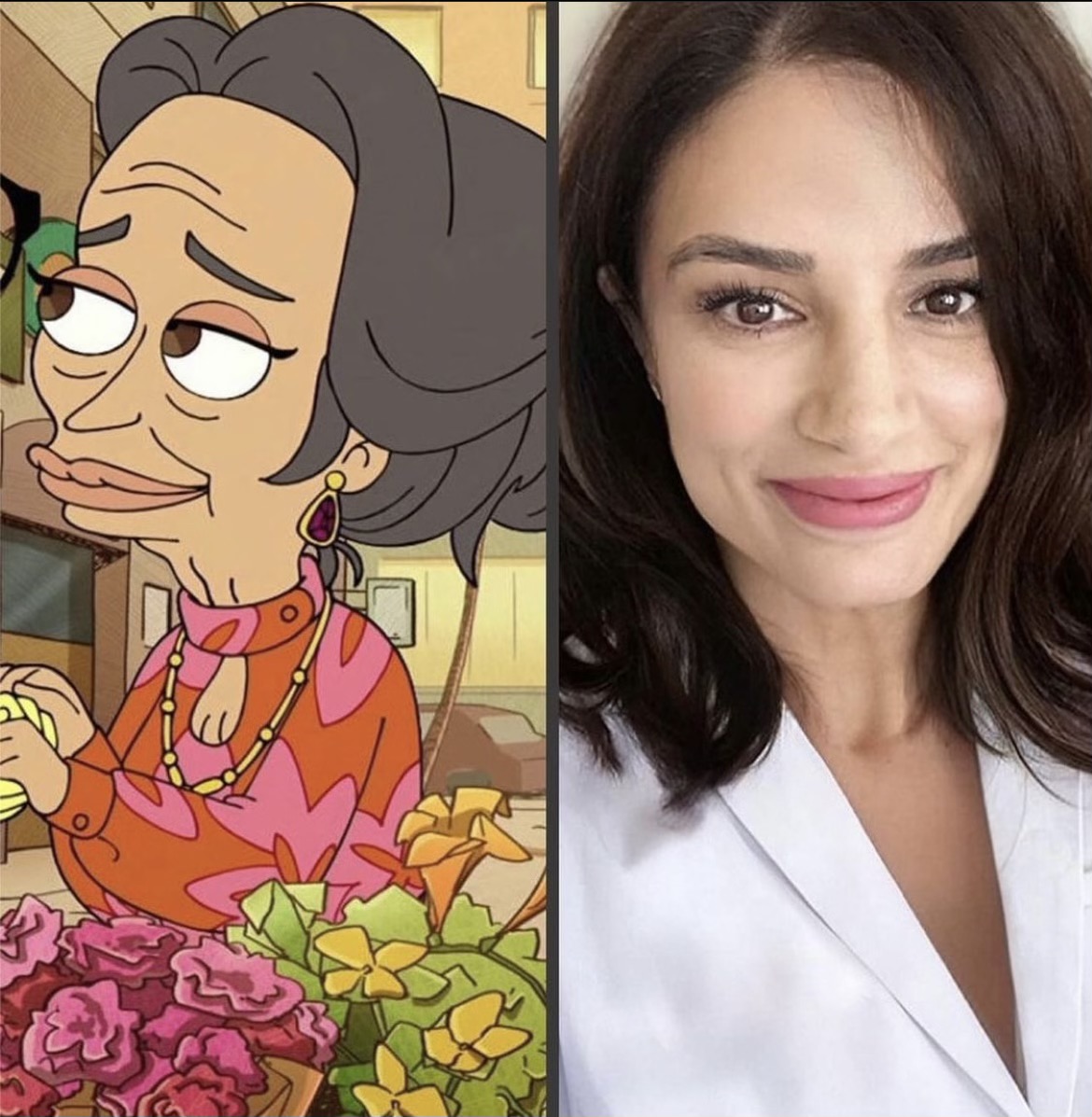 Human Resources is a spinoff of Big Mouth, expanding specifically on the lives and work environment of the creatures. The animated adult sitcom was created by Nick Kroll, Andrew Goldberg, Mark Levin, and Jennifer Flackett.

Starring as “Yara El-Khoury” is Nidah Barber-Raymond and we sat down with her to get to know how she got to this point in her life.

HEY NIDAH! WELCOME TO ABOUT INSIDER. TELL US ABOUT YOUR BACKGROUND GETTING TO WHERE YOU ARE TODAY?
Let’s see… I spent most of my time unfortunately pursuing acting and It wasn’t until I started really living my life and I stopped waiting for something to happen that something actually did happen. When I got this audition for Human Resources it was totally unexpected and because I was busy with so many other things like my family and my business that I sent the audition in without even really stressing about it as I would have in the past.

WHERE ARE YOU FROM? WHEN DID YOU START ACTING?
I’m from Boston. And graduated from Emerson college with a minor in theater and a major in public relations and communications management. I moved to Los Angeles 20 years ago. I’ve been acting since the third grade. The first character I played was a sassy little girl by the name of Anita.

HOW DID YOU GET INTO ACTING?
Since my first play in the third grade I had the acting bug. I minored and acted in college and then moved to Los Angeles in 2001.

WHAT IS YOUR GREATEST ACHIEVEMENT AS AN ACTOR?
My greatest achievement in acting has been when I played the lead in an actors equity play called A Country Within. It was a sold out play at the Barclay theater where I got to play an amazing character of an Egyptian immigrant whose daughter was going off to college. It was very comedic yet serious at the same time. I really enjoyed that.

WHO IS ONE PERSON YOU WISH YOU COULD WORK WITH?
I would love to work with Salma Hayek one day. She is half Lebanese and a role model for me.

TELL US ABOUT ANYTHING NEW YOU HAVE COMING OUT?
I am working on something that I cannot talk about but it is very exciting and comedic.

WHAT DOES A DAY INSIDE YOUR SHOES LOOK LIKE?
I take my two children to school in the morning and I come home to spend time with my mother-in-law and oversee my chemical peel business (The Peel Connection).

Should You Add Weight Lifting to Your Workout