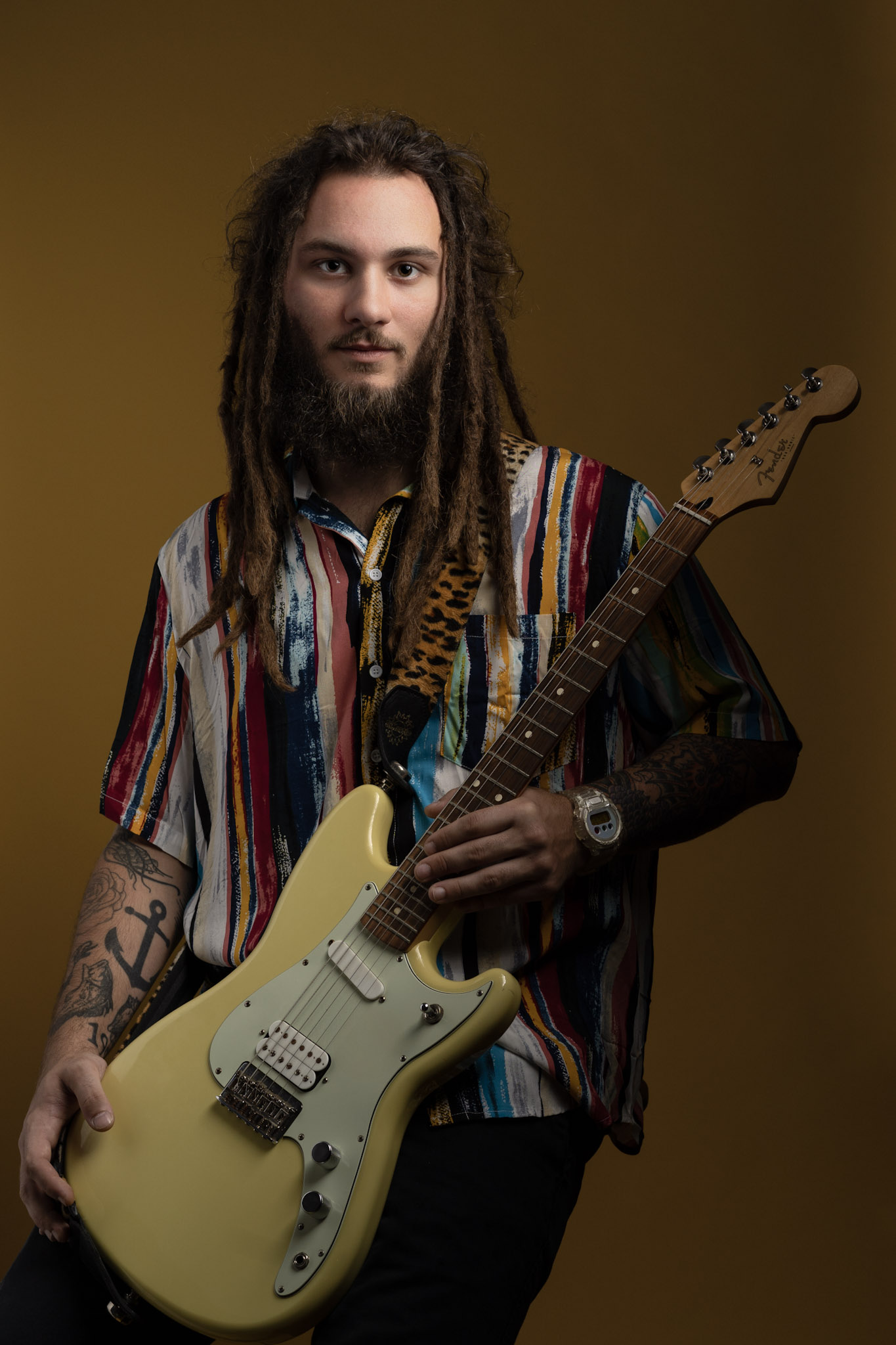 Free Mace are a reggae/rock band from Jacksonville, Florida. Formed and led by multi-instrumentalist Mason Staub, they have begun to make a name for themselves in the local music scene as a fun live act with a great message. During the pandemic lockdown the band was active, writing and recording both the ‘Hawaii Drive’ and ‘World On Fire’ EP’s. “War Machine” off of their ‘World On Fire’ EP is a scathing rebuke of the over militarized state of the U.S. and a call for peace now. We recently spoke with Mason about how Free Mace formed, who their biggest influences are and what they are most looking forward to now that the nation is emerging from a 15 months long lockdown.

How long have Free Mace been together, and how did the band form?
Free Mace has been together for three years and initially started as a solo act towards the end of my last semester of college. About a couple of months in, I met a drummer and we were a duo for a while. At the time, it was nearly impossible to find a bass player that fit our dynamic so we were hiring a bunch of freelancers so that we could still perform at venues. To this day, the lineup continues to alternate but we are always a trio when we come to party.

Who are some of the musical influences that you have as a band?
The range of influences is extremely diverse but I would say some of the mains would be Tribal Seeds, Rage Against the Machine, The Fall of Troy, Bad Brains, Motley Crue, underground Sublime, Dance Gavin Dance, etc. I always say to people, “We’re like Sublime meets Motley Crue,” because I really feel that. I always looked up to old school Sublime for playing every show differently while keeping the set the same. I wanted that for Free Mace. That you could come to every show and get a different performance every time. Motley Crue is who got me playing music as a kid so that energy we maintain on stage with the behind the head guitar solos, partying with the audience/fans, and overall not giving a fuck attitude.

“War Machine”, off of your World On Fire album, has a political bend to it. Do you often find that your songs have some sort of political point of view?
“War Machine” was written after seeing Jacksonville in smoke from the protests in 2020. I like to think Free Mace isn’t too political, but there is definitely a lot of that influence. I’m not left and I’m not right, I’m in the middle like most people. I like talking about things from a perspective that inspires free thinking. People don’t like to talk about politics or religion when those conversations lead to free thought and understanding. If we can’t share ideas and opinions how can we progress?

What does your songwriting process usually entail? Do lyrics and melody come first or do you typically have a chord progression or something else that you start with?
My songwriting process is very sporadic. Sometimes I have a melody or beat in my head and I have to translate it to a medium, other times after a couple of chalice rips I get phrases or parts of verses and then build off of that. Being a multi-instrumentalist really helps because I don’t have to articulate the sounds or vibes I’m trying to capture, I can just do it.

There are some really great and renowned reggae groups from Florida. What is it like to be a part of that scene? Is there a sense of camaraderie with other Florida reggae acts?
The Florida reggae scene is pretty all over the place in my opinion. Free Mace has been pretty underground for the most part and we kick it more with the punks and rappers because we have similar mindsets. I’m a big advocate for original music and with Florida being a vacation spot, there is a saturation of cover music and hearing “Santeria” being performed in every bar. We didn’t want to contribute to that so we really have been grinding to get out there. Many bands in Florida are replicating the Cali reggae sound and it’s exhausting. Cali and Florida are very similar but also very different, so it’s crazy to me that the listener can’t distinguish where the sound is from. Florida has such a huge hardcore and rap scene, I enjoy the music that reflects that here with the reggae sound. With that stated, there are still Florida reggae groups I enjoy and see, but you’ll see me at more of the hardcore shows.

Now that things are starting to open back up again and shows are being booked, what are some of things you’re looking forward to about playing shows again?
I look forward to the interactions with fans. It’s so rad when you have people singing the words and having a good time to something we work really hard for. I’m always stoked to talk with people after we play and drink and smoke with them. I refer to Free Mace as a traveling party because it’s always a good time and we keep the backstage open invite. I want people to know that even though we are on stage, we are regular people like everyone else.

What was it like during quarantine for the band? Did it make it difficult to get together for practice or rehearsal? Did you get a lot of writing done?
Quarantine really wasn’t that bad in Florida. We got screwed on a couple of show opportunities but we were able to use that time to record World on Fire and Hawaii Drive. Things really started opening up towards the end of 2020 and so when 2021 began we were back at our regular bars having a beer mask free.

What sets Free Mace apart from the other bands playing a similar mix of reggae/rock? What is your defining characteristic?
What sets us apart would be our mentality. We play our music how we want to play it and produce it how we want you to hear it. I feel everything in this day and age has to be perfect and there is no room for error. Everything is so formula driven and robotic. Back in the day, the subtle discrepancies made music human and that’s what we strive for. The concert isn’t going to sound like the recording and that’s the point because it is a show right? Not a CD listening party. I remember seeing a big name Florida reggae band play and being able to hear the click track come out of the PA before every song, it was ridiculous. We use a click track in the studio but when we perform, we just go by feel.

We got a fun one for the last question…If you were stranded on an island and could only listen to one single, one album, and one band’s full discography forever, what would they be?
If I was stranded on an island the single I would listen to would be Third World’s instrumental version of “Now That We Found Love.” The album I would have on replay would be “The Infamous” by Mobb Deep because front to back it’s a killer album. For the full discography it would absolutely be Jonny Craig era Dance Gavin Dance because I jam that every day already.