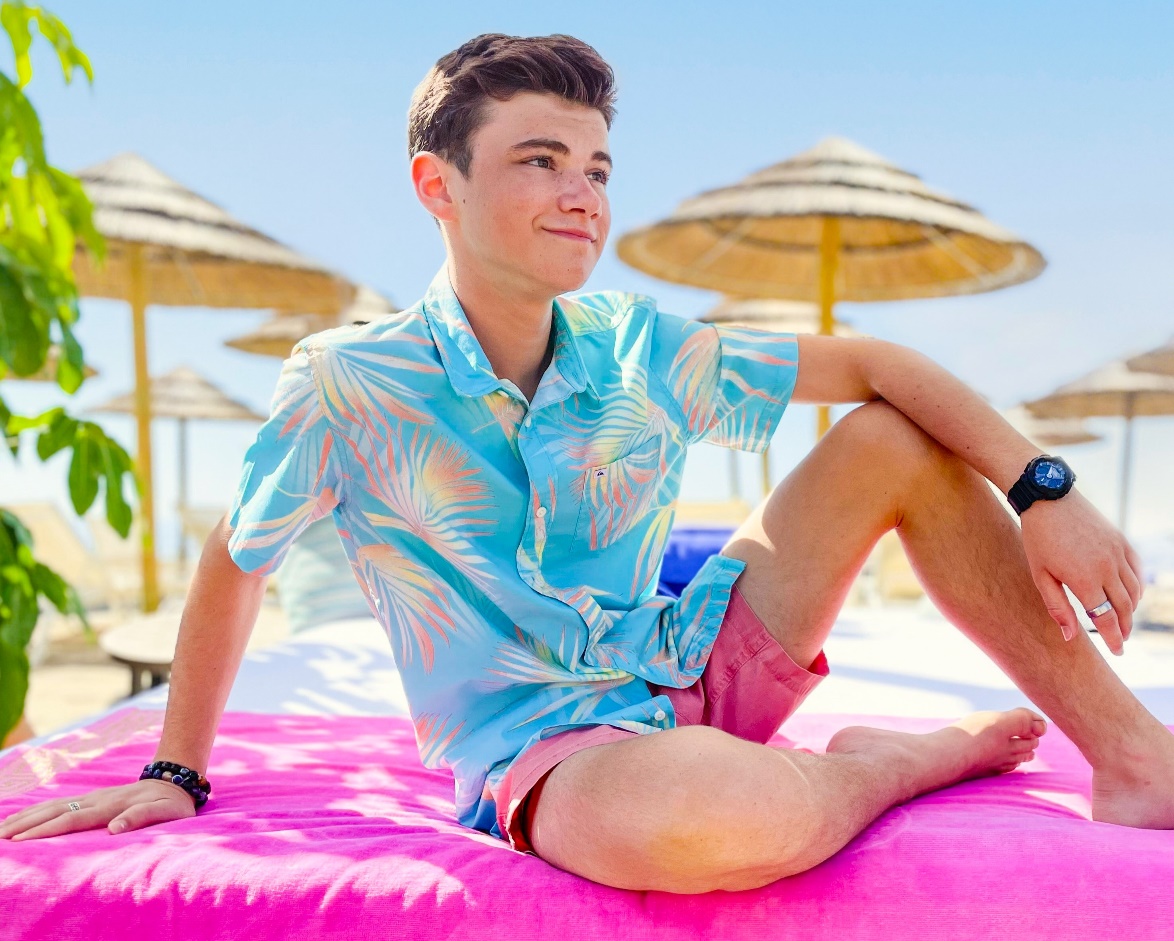 HI ALEXANDER JAMES RODRIGUEZ, WELCOME TO ABOUT INSIDER. THANKS FOR TAKING THE TIME TO CHAT WITH US! TELL US ABOUT YOURSELF, WHERE YOU’RE FROM?
Hi guys, so I was born in Marbella in southern Spain. Half of my family is from England, and the other half is from Spain. When I was 4 my mom and I moved to Los Angeles,but we frequently travel back and forth between England, Spain, and America for work and to visit family and friends. I began acting by age 6, became a SAG-AFTRA member by age 7, and began professionally writing and releasing original music at age 12. So far, I have released 15 songs and I am in the middle of writing a new one!

CONGRATULATIONS ON SCOOPING UP THE HOLLYWOOD MUSIC IN MEDIA AWARDS ‘RISING STAR’ LAST YEAR. YOU’RE SO YOUNG AND HAVE ACHIEVED SO MUCH ALREADY!
Thank you, yes,it was an honor to receive the award for my debut single, ‘My Crew’ and be listed alongside the music industries elite. It is very encouraging for me to know people like my music.

HOW WOULD YOU DESCRIBE ‘VERANO PARA SIEMPRE’?
‘Verano Para Siempre’ was written as a summer feel-good Latin song. It follows a story of a lost summer love that has been rekindled, and that feelingyou get when you don’t want something to end, in this case, summer. Summer vacations are so special, and we never want them to end, ‘Verano Para Siempre’ is that song to celebrate Summer Forever.In the production, we added some fun xylophones, percussion, and Spanish guitars typical of this type of song. I had a lot of fun creating it with my producer Gemini Muziq.

HOW DID YOUR SPANISH BACKGROUND AND IN PARTICULAR MARBELLA INFLUENCE ‘VERANO PARA SIEMPRE’?
When I received the original beat, I immediately thought of the Mediterranean Seaand the warm tropical coasts of Spain. Although the song is very much a Latin song, I wanted to stay close to my Spanish roots and sowe shot the cover art in Marbella, Spain. Marbella is where I was born, and it will always be considered home. When thinking of lyrical ideas for ‘Verano Para Siempre’, Marbella was my main writing inspiration – the sandy beaches, chiringuitos, and party atmosphere. When you visit Marbella, you rarely want to leave, so “summer forever” was created. We shot the cover art at the Hotel Puente Romano, I have a lot of history with the hotel, so it all seemed to fit perfectly.

DID YOU HAVE ANY HELP WRITING THE SONG?
Yes, I am very much involved in the writing process of all my songs, but ‘Verano Para Siempre’ had the magical touch of Latin Grammy®-nominated Dominican singer and songwriter Alih Jey, and of course my mom writes on all of my music. My mom is fluent in Spanish so she and Alih cooked up the vibe quite quickly, and then I added my thoughts in English so they could translate that into the song. It was very much a collaborative effort. All the lyrics needed to flow together with the song, but in such a way that both English and Spanish speakers would understand. It’s hard to make a literal translation, but in this instance, it works!

WHAT IS IT LIKE TO SING IN SPANISH AND WHAT WERE THE CHALLENGES?
Although I was born in Spain, I am not entirely fluent in Spanish. I found it particularly difficult to sing in Spanish and keep up with the tempo of the music – hitting each lyric to match the beat was a bit of a challenge. Once we ran through the song a few times, it became easier. I did have help with my pronunciations every now and then so that the Spanish sounded authentic and true. The end result is a South American mixed with Spanish accent so we could appeal to everyone.

DOES ‘VERANO PARA SIEMPRE’ RELATE TO YOUR PREVIOUS SPANISH HYBRID SONG, ‘BELLA LOQUITA’ IN ANY WAY?
Actually no, it wasn’t written to fit into a specific continuation storyline, however after the creation of ‘Verano Para Siempre’ I did notice that lyrically the two songs could have gone hand in hand. It was a coincidence that it worked out that way, yet I think it’s cool that people have thought of theories about the song and connections it may have with my other records.

WHAT’S UP NEXT FOR YOU?
I am in the middle of writing three new songs, all in English and they all have an 80’s vibe to them. They are upbeat and have a Duran Duran meets Wham! type of vibe. Stay tuned!

WHERE CAN PEOPLE FIND YOUR SONG ‘VERANO PARA SIEMPRE’?
We have created an easy link for the song, ‘Verano Para Siempre’ which is out now on all digital streaming and download platforms and my website: www.iamajrodriguez.com has all my music listed and each song has a poster you can download for free.

Getting Real About Equality

Car Accidents with Out-of-State Drivers: All You Need to Know

MBM, The Inspiration behind the journey and adventures