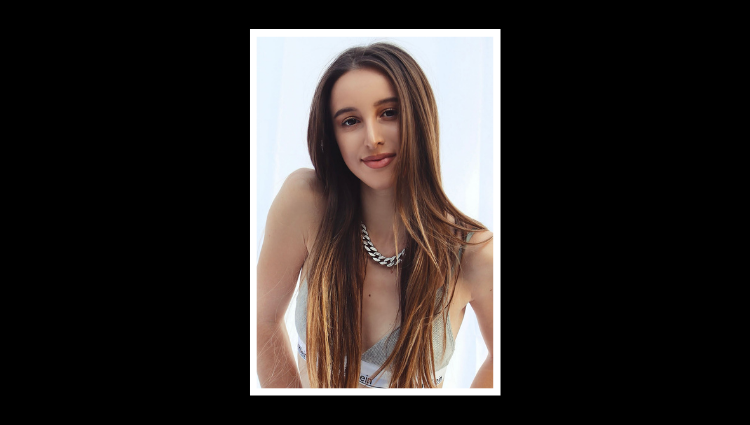 Ever heard of Alessia Vernazza? Chances are you have. A talented Model, Youtuber, Influencer, and rising Actress, you’ll be seeing her face everywhere pretty soon.

Born in London, England, Alessia, at a young age, knew that one day she wanted to be a recognizable face. When she was only nine years old, she was accepted into the Royal Ballet School and danced on the Royal Opera House stage in the 2010 production of “Cinderella” and the 2012 production of “The Tales of Beatrix Potter”.

With over twelve theater credits, ten film credits, and a few television, music video, and commercial credits too, her acting future is looking very bright.

As an actress, she carries many talents. From singing, to dancing, to accents, and to drama and comedy improv, she truly can accomplish anything. She is also bilingual and can speak fluent Italian, along with English.

Alessia has also earned herself an Associate Degree from The American Academy of Dramatic Arts. Therefore, not only does she have experience acting in films such as “Bubblegum” (2020), “First Rounders” (2020), and “Dead Judgement” (2020), but she has received a performing arts education that has heightened her acting abilities.

As the incredibly talented actress that she is, she is looking to fill major roles in feature films and television series very soon. Now living in Los Angeles, CA, Alessia is thrilled to not only be near more opportunities, but to be near some of the best opportunities in the world.

On June 5, Alessia even started her own Youtube channel with boyfriend, Shraeé. With almost one thousand views on their first video, it is evident that Alessia is becoming more and more recognizable, which will be sure to help in her acting career.

Her vlog type Youtube videos will also garner the attention of many in her generation who are captivated by Vlogs and what Youtubers and Actors do in their day-to-day.

Her fun demeanor and youthful exuberance will surely take her far in this industry.

Between Alessia’s fashionable looks, vibe, diverse acting skills, and attitude, she will for sure become one of this generations’ icons. Continuously determined, and striving for mass success, Alessia knows what she’s doing, how she’s doing it, and how to make it to the top.

What payment options are accepted at drug recovery programs?