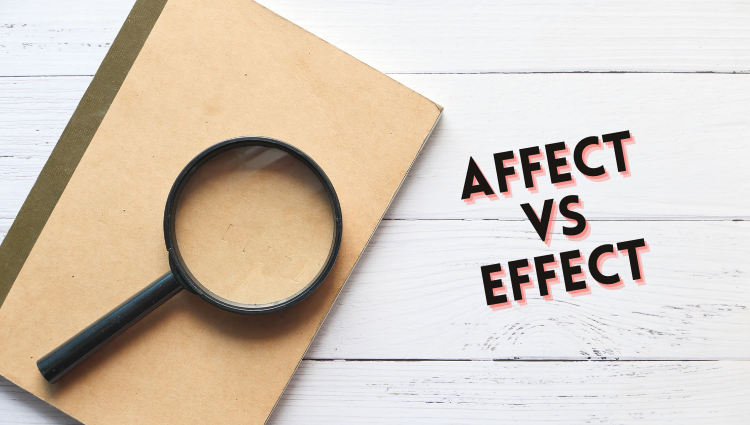 Affect vs Effect: How to Stop Mixing Them Up for Good

If you’re like most people, you probably mix up the word affect and effect all the time. The truth is, most people use effect incorrectly and in place of where they should use affect. The difference between the two is subtle, but easily distinguishable with a little bit of practice and know-how. There are many devices and tricks to secure the difference between these two commonly misused words, and this article will help you stop mixing them up for good! In this article, we’ll discuss the difference between the two and give you a couple of devices to help you distinguish between these two words and use them correctly in the future. Keep reading to learn more about affect vs effect and how to stop mixing them up!

The main difference betweenthe two words is their intended usage and the type of word they are. Affect is actually a verb, and is used to describe a present or future tense event. Effect is a noun, and is used to describe the subject influenced by the event. Another way to think about effect as a noun is to think of it as the emotional or perceptual changes following an event caused by the affect that occurred previously. Another major difference between the two is their pronunciation. Many people pronounce these words the same way, creating confusion as to which term is appropriate for a given situation. Start to distinguish the two terms by pronouncing them correctly. Affect should have a long ‘ah’ sound while effect should have a soft ‘eh’ sound at the beginning.

Next, let’s define each of these words as Webster Dictionary defines them. The first definition that Webster gives for affect is “to produce an effect upon.” The second definition is “to put on a false appearance of something.” For effect, Webster also gives a couple of definitions. The first entry is “something that immediately follows an antecedent (such as cause or agent).” The second definition is “a distinctive impression.” Let’s now take a look at some examples of each of these words used in a sentence.

Now that we’ve discussed the basic differences and definitions of the two words, let’s see how they should be used in a sentence. Remember, affect is most commonly used as a verb to describe an event. Take a look at the sentence below:

In this example, the ‘new discovery’ triggered a change in the scientist’s research, making that change the affect in this sentence. Let’s look at another example of affect being used in a sentence:

This is Webster’s Dictionary example of affect being used as a verb to describe the influence of rainfall on plant growth.

Most commonly, the word effect is used as a noun to describe the emotional result of an affect. It can be used as a verb as well, but here we will take a look at its most common usage as a noun. Take a look at the example below:

“Exercise can have positive effects on a person’s mood.”

In this example, exercise is acting as the verb and ‘positive effects’ functions as a noun describing the feelings a person has after they exercise. Let’s take a look at another, slightly different example of effect:

“The color gives the effect of being warm.”

This example from Webster’s Dictionary is one that shows effect being used to describe the impression of something.

To recap the correct usage of these two commonly misused words, let’s summarize what we’ve talked about today. First, affect is most commonly used as a transitive verb to describe an event. Essentially, the affect is the agent that causes the effect, which is the emotional response to an event. Webster’s Dictionary describes effect as “something that immediately follows an antecedent.” Effect is a noun, and is used to describe the result of an event produced by an affect. If you have trouble remembering the two terms, use the acronym R.A.V.E.N. to help you remember that affect is a verb, effect is a noun and an affect comes before an effect!

Robert Wagner Of Little Wretches – All His Friends Are “Undesirables And…