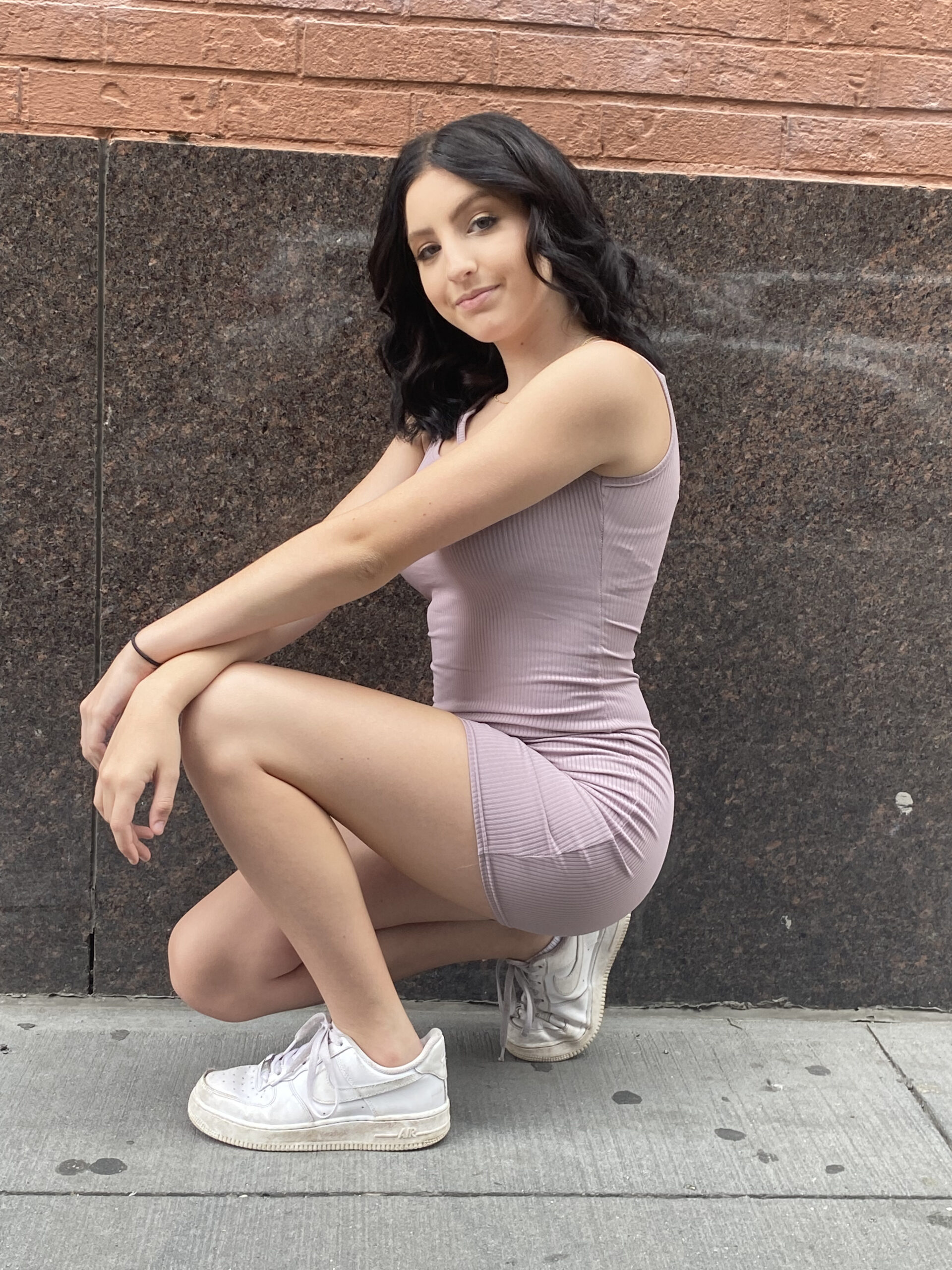 Adrianna Aloni has been in the modeling and acting industry since the young age of three. She has now accomplished being a fashion designer at the age of 13, showing at NYFW with her line Thread Cred Street Wear.

HI! THANKS FOR TAKING THE TIME TO CHAT WITH US! CAN YOU TELL US A LITTLE BIT ABOUT YOURSELF, WHO IS ADRIANNA ALONI IN YOUR OWN WORDS?
Thank you for taking the time to interview me! I’m so happy to be here. I am a 13yr old freshman in high school. I love spending time with friends, shopping and cheerleading. My favorite pastime is racing cars and riding motorcycles.

WHAT IS YOUR FIRST FASHION MEMORY, AND HOW DID YOU END UP AS A FASHION DESIGNER AND MODEL?
I was discovered by an agent at a pageant when I was only 3. From there I did a bunch of different modeling and acting jobs. I really love clothes so I decided that it was time to create my own.

HOW DID YOU GET YOUR START AS AN ACTOR? WHAT WAS THE AUDITION PROCESS LIKE FOR YOU ON NETFLIX’S “DAREDEVIL?
I started very young, as I mentioned, so my mom was really the one picking what roles I should do. Now that I’m older, I have more of a say on whether or not I want to work on a job. The process of auditions are rather easy. Ou just have to be what the director is looking for, for that specific role.

TELL US A BIT ABOUT NATIONAL PSA, MTV’S TRUTH CAMPAIGN
The #TRUTH campaign was a PSA against vaping. Basically, they are trying to pitch vaping sticks to young people, but calling them “depression sticks”. No one would voluntarily want depression, so the irony is, why spoke something that you know can increase your depression.

WHO ARE YOUR BIGGEST INFLUENCES?
I love fashion influencers and positive role model influencers. I have so many I can’t pick just one!

WHAT’S SOMETHING WE SHOULD KNOW ABOUT YOU THAT MIGHT SURPRISE US?
I LOVE riding in race cars. My top speed in a car has been 192mph.  I also enjoy riding motorcycles.

DESCRIBE YOURSELF IN 3 WORDS?
Loyal, determined and stubborn. LOL

ANY UPCOMING PROJECTS/ROLES YOU CAN TALK ABOUT?
I am currently working on my next showing for NYFW in September 2022. That takes up a lot of my time.

WHAT IS ONE MESSAGE THAT YOU WOULD LIKE TO GIVE TO YOUR FANS?
Always be yourself…even when its hard. Being the best version of yourself is better than being a copy of someone else.