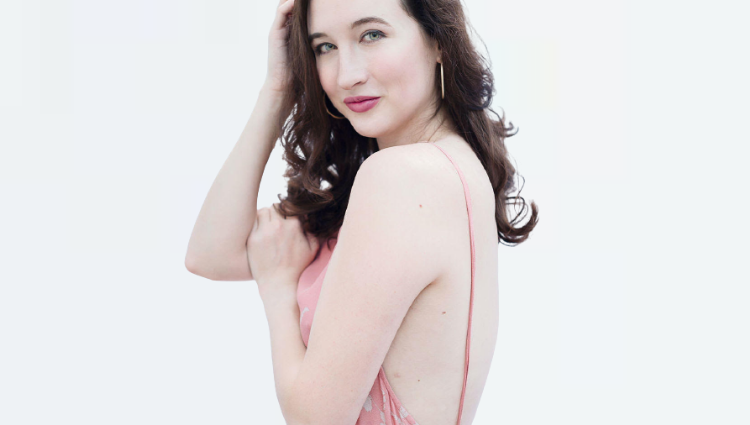 Savanna James is an actress, model, dancer, and public speaker whose impressive credentials in television, film, radio, and theater include “Big FIsh,” “Fate Alchemy,” “Bad Boys for Life,” and “Juwanna Mann,” among many others that showcase her broad reach and versatility. Savanna is also an activist, committing her efforts to the breast cancer awareness organization, Susan G. Komen, after undergoing a double mastectomy at the age of 24. Using her platform, she shares her story in hopes that it could one day save a life.

HELLO SAVANNA! SO GLAD YOU’RE HERE, THANKS FOR TAKING THE TIME TO CHAT WITH US! CAN YOU TELL US A LITTLE ABOUT YOURSELF? WHO IS SAVANNA JAMES?
From the town of Cowpens that has just one redlight, I read every book accessible to me, knowing that my life could be bigger than the constraints of that small town. My love for those books and stories motivated me to get involved in the acting industry at a young age, allowing me to find my passion earlier than most. In such a small town, you are stifled, forced to live a monotonous life where you aren’t really given the opportunity to truly reach your potential. Moving to Charleston, South Carolina in 2019 provided me that chance.

A few months after my move to the coast, I was faced with the news that I would have to have a double mastectomy and reconstruction due to breast cancer. I thought my career in the industry was over. But in the struggle, I found strength. I knew I couldn’t live in silence because a strong woman stands up for herself, while a stronger woman stands up for everyone else. By using my voice to advocate for women’s health and normalcy of life after cancer for survivors, I challenged myself to step out of my comfort zone and become that woman.

Now, as a 25 year old female, I have dedicated my life to not only advancing my acting career, but also to Komen SC, The Boon Project for Young Adult Cancer, the Miss America Organization and the Children’s Miracle Network. Acting not only gave me a sense of comfort and normalcy, but it also provided a recognized voice and platform to share my story in hopes of making a difference. I plan to continue to use that voice every day for the rest of my life.

WHAT WAS YOUR DREAM SINCE WHEN YOU WERE A KID?
To be completely honest, it was to prove myself. I grew up surrounded by people, including family, who consistently discouraged me and told me that I would never amount to much. I knew that I had to make a name for myself and become successful enough to impact others for the better.

SAVANNA IS AN ACTRESS, MODEL, DANCER, AND PUBLIC SPEAKER …ALL ASPECTS OF THE SAME HEART?
When one person speaks truth, it allows all of us to do the same, and I feel this is mirrored in all aspects of my work. If you can use your voice to share a story, big or small, you are allowing the opportunity for someone’s voice to be heard. I hope that those that know me can see my heart in everything that I do and choose to support.

WHAT’S THE BEST AND WORST ASPECT OF THIS JOB?
In this field, you are constantly getting critiqued and judged, but that’s exactly what you signed up for. It’s the beast of the job – you’re in competition with thousands of others for a single part. As a woman, this can quickly become a “beauty contest”, but you have to remember, that pretty is not the rent you pay to exist in the world as a woman. Despite the cutthroat nature of the industry, it is so rewarding to be able to escape from the harsh realities of this world and get to learn and be someone else even if it is just for a short amount of time. It truly is a job that is one of a kind because where else can you explore different realities, realms and times? Along your journey, you make so many connections with fellow actors and crew members that become lifelong friends and confidants.

DO YOU REALLY BELIEVE IN WHAT YOU DO? DO YOU REALLY DO WHAT YOU BELIEVE IN?
Absolutely! If someone tells you that they don’t believe in what they do, are they actually doing something that they love? By sharing a story, you can ignite a fire in your audience that can change the world. And that’s what I love about acting….it’s up to you to take the opportunity to use that voice and make a difference. Whether you like it or not, this time will be written in history and future generations will be told of it. You’re going to be asked what you did. Wouldn’t it be embarrassing to say that you did nothing because you were uncomfortable? Use your discomfort as motivation because you never know who could be watching and how you could change their life. Acting for me is not only my passion, but it allows me to have an impact on others. There is nothing more fulfilling for me.

WHAT’S HAPPINESS FOR SAVANNA JAMES?
At its core, happiness to me is making a difference. If you just wander through life concerned with yourself, you will be forgotten and will never reach your true potential, which only comes with help from others. You are remembered for what you did and the impact that you had on those that came into contact with you. This chance to leave my mark on history, no matter how small, provides fulfilment and ultimately happiness for me. If you’re just wanting a surface answer, I live for Disney, rescue puppies and good food.

WHAT ARE YOUR PROJECTS FOR THE FUTURE?
Currently, we are in the middle of a rewrite of a new script for “Fate Alchemy.” We shot a short film version in 2018 and had a lot of success in film festivals across the globe. We were so honored when it was chosen to be remade into a full length feature film and I am so excited to get to bring Layla, my character, back to life again for an even longer project. Following that, in June, I will be competing for Miss South Carolina, where I will share my story in hopes that I can save a life.

ANYTHING ELSE YOU WOULD LIKE TO SHARE WITH OUR READERS?
Don’t forget to be human. Kindness is not a finite resource, so use it. When you begin to look past the humanity of others, you lose your own sense of compassion. The worst thing in this life is to see how disconnected the world around you can be. As humans, we are more alike than difference. Acting provides a chance to connect the world, even through language and cultural differences. I am so proud to be involved in an industry that aims to do just that.