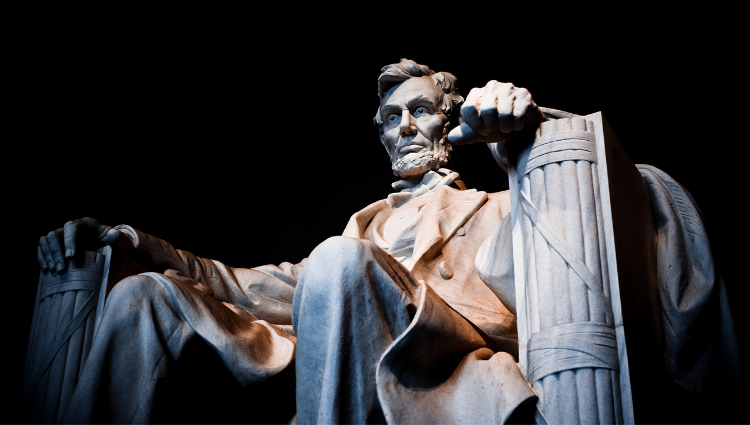 As the nation prepares to celebrate Independence Day, C‑SPAN is releasing the results of its fourth Historians Survey of Presidential Leadership, in which a cross-section of presidential historians and professional observers of the presidency ranked the country’s 44 former chief executives on 10 characteristics of leadership.

Former President Donald Trump enters the ranks for the first time in the #41 position. His highest rankings were in Public Persuasion (#32) and Economic Management (#34). The historians ranked him in last place (#44) for Moral Authority and Administrative Skills.

— Full rankings for each of the 44 presidents, as well as a Gallery of Insights with shareable/social media graphics, are available at www.c-span.org/presidentsurvey2021.

Since 2000, C-SPAN has conducted a historians survey each time there has been a change in administrations. This cycle, 142 historians and professional observers of the presidency participated — a 50 percent increase since 2017, and one reflecting new diversity in race, gender, age and philosophy.

“C-SPAN’s success in assembling a truly diverse group of historians and professional observers of the presidency only strengthens an already strong poll,” said Amity Shlaes, chairman of the Calvin Coolidge Foundation.

As in each of C-SPAN’s first three surveys, released in 2000, 2009 and 2017, Abraham Lincoln received top billing. George Washington, Franklin D. Roosevelt and Theodore Roosevelt also retained their top five status. Dwight Eisenhower, who entered the top five in 2017, remains in fifth place in the 2021 survey. Ulysses S. Grant has the survey’s largest overall gain, jumping 13 spots from #33 in 2000 to #20 in 2021.

Recent presidents’ ratings have moved since they first entered the survey:

“What stands out to me here is the stability,” said presidential historian Richard Norton Smith. “It’s interesting, particularly at the top and bottom of the list, how little significant movement there has been. By contrast, the living presidents seem much more likely to fluctuate. It’s almost as if there was a boomerang effect where historians go overboard a bit when presidents leave office and they are at the nadir of their partisan reputation, and then they graduate to a less political status.”

Howard University’s Dr. Edna Greene Medford commented on this category: “Despite the fact that we’ve become more aware of the historical implications of racial injustice in this country and we’re continuing to grapple with those issues, we still have slaveholding presidents at or near the top of the list. So even though we may be a bit more enlightened about race today, we are still discounting its significance when evaluating these presidents.”

Brinkley suggested that President Trump’s 2021 impeachment also affected some of the other presidents’ results: “This year, people compared which is worse: Watergate or the Trump impeachment? The word ‘impeachment’ probably cost Nixon a few spots downward this year, and maybe Clinton too.”

Brinkley, Medford and Smith have advised C-SPAN on this project since its first survey in 2000. They initially recommended the 10 qualities of presidential leadership and guided the network on the survey’s organization, execution and analysis. In 2021, Shlaes joined the advisory team. For each new survey cycle, C-SPAN’s advisers re-assess the leadership qualities, recommend additional participants and review the results tabulated by C-SPAN. The four C-SPAN advisers’ research and writing span American history from the nation’s founding to the late 20th century.

In addition, Dr. Robert X. Browning, executive director of the C-SPAN Archives, has consulted on the data and analytics for all four presidential surveys.

For details on the survey methodology and the 10 leadership characteristics, please visit www.c-span.org/presidentsurvey2021.

A Guide to Video Marketing for Small Businesses