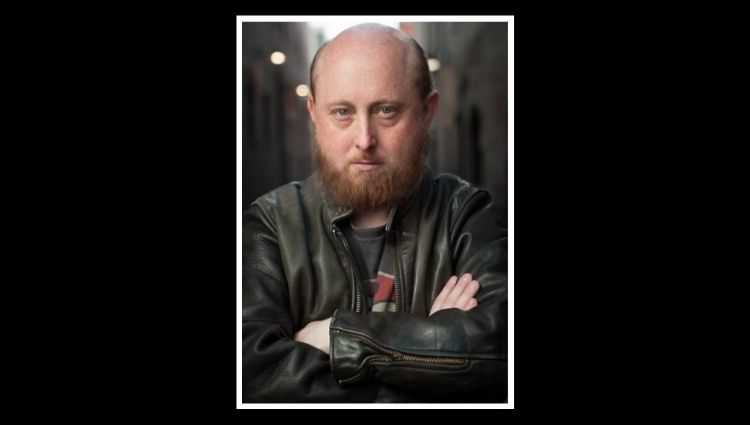 About Insider talks to New York based Actor Robert Leckington

HELLO ROBERT, THANK YOU SO MUCH FOR JOINING US! CAN YOU TELL US A LITTLE BIT ABOUT YOURSELF, WHO IS ROBERT LECKINGTON  IN YOUR OWN WORDS?
My name is Robert Leckington. I am an actor, musician (drummer since the age of 3), a writer, producer, and photographer. I am Talented. Period. Originally born and raised in Oregon, I moved out to the East Coast in 2003 after my longtime job had laid us all off and relocated to another location. I had met my girlfriend in New Jersey online in 2002 and decided to make a trip out to the East Coast. After returning home, I decided to make the move out East. I have been here ever since. I have graduated college where I hold an undergraduate’s degree in Journalism, a master’s degree in communication management from USC, and will receive a master’s in television business management degree from Drexel to which I will graduate Magna Cum Laude once I finalize my thesis on “Adolescence to Young Adult Endangerment and The Modern Media”. I am a homebody most days, but I do like to travel. I also like to make films. Even though I am an actor first, I have produced, and I have directed my first and probably only film, “5 Minutes Alone”, where the tables have turned and I play the irate store clerk, and the customers have to endure my snootiness. Fun film to make, but a lot of stress even for a 2:30 minute short film.

HOW DID YOU START AND HOW WAS YOUR FIRST EXPERIENCE IN THE INDUSTRY?
I had never intended to get into acting, but because I had sold all of my drum gear to help me move East, I needed some kind of creative outlet. I took a beginner’s acting workshop where the teacher helped us to work on background jobs for TV and film. After doing a dozen or so background jobs, I decided to get some real training to help me work on my newfound talent. While I like to produce, write and direct my main focus is being an actor. There is too much stress involved with all the other aspects, but with acting you can be anyone you want to be. How cool is that? And besides when I was a wee child I used to pretend I was James Bond, The Incredible Hulk, Starsky from Starsky & Hutch… or was it Huggy Bear…? I don’t remember lol

YOU ARE INVOLVED IN ALMOST EVERY ASPECT OF A FILM MAKING, BE IT FILM WRITING, OR PRODUCING OR ACTING, OR DIRECTING, WHICH ONE DO YOU LIKE THE MOST?
Being a director sort of fell in my lap. I had a short scene that I used to do on workshops for managers and agents. I learned the scene so well and had gotten great response from it that I got the idea to make it into a short film. I got permission from my acting coach at the time to produce it since he initially wrote it, I just added some dialogue to make it a little lengthier but also as a first-time director I gave one of my actors the chance to improv a little so I’m not a complete ogre and want things done “MY WAY”.  We found a location, shot the scene in under 2 hours, an IGA store that closes up at 8pm on Saturday nights in a small town; Greenport, Long Island. I casted two people and ended up having to hire someone near the location to play a part that someone else was supposed to play but backed out at the last minute. The individual did an amazing job on such a short notice and wasn’t a professional actor! He truly came through and I couldn’t have been happier with his work. I still acted in it and found that the two is hard to handle, good thing I was working with my friend who is an independent filmmaker from NY who helped me with a lot of technical things. He was also my cinematographer for the project. It’s definitely not something that I’d like to focus on, being a director.

OUT OF SO MANY ROLES THAT YOU HAVE PERFORMED AS AN ACTOR, WHICH ONE IS YOUR FAVORITE AND WHY?
My personal favorite would be the Gotham episode I played in as a drummer. Season 4, Episode 18, “That’s Entertainment”. I got the full experience from that shoot, a trailer, an assistant for those 3 days and because it was under a separate contract with Warner Bros. music, I was considered a skilled musician meaning I was “miscellaneous crew”, it gave me the opportunity to eat when the crew ate, get a chance to see the daily sides for the shoot, and see the live shooting from video village each day. I really want to thank my manager, Diana Prano for that audition. Up until a month or so ago, Diana had sent me out on a lot of the auditions here in NYC metro since my agent down South was more capable of handling the work down South. I have since signed with an agent locally and I’m hoping that more work will come my way in the future. I’d say my second favorite role would have been in “The Drifter”. I played a misguided individual looking to try and turn his life around but always seemed to sabotage anything good. In the end of the short, my character ends up getting in hot water. We traveled to western Pennsylvania for a couple weekend trips to shoot some scenes. The adventures we had doing that! Another story at another time. But it’s definitely a good short film to see. It had gotten accepted into The Long Island International Film Expo in 2017. Laurels go to us! 😉

WHAT’S SOMETHING WE SHOULD KNOW ABOUT YOU THAT MIGHT SURPRISE US?
Something that would surprise people is that I am self-diagnosed as a Misophone. Misophonia is a neurological condition where the brain cannot function as it should towards certain sounds, I will focus on them to the point where I get angry really easy. Not so much a physical angry, it is more of a fight or flight feeling I get when I experience a trigger. I say self-diagnosed because up until 2010 there really hasn’t been much made public about it. It’s also a condition that is hard to diagnose to begin with. Doctors are just now being made aware of it and if there is any treatments that can be done.

ANY UPCOMING PROJECTS/ROLES YOU CAN TALK ABOUT?
I have a couple projects in pre-production that I am involved with currently. I can mention that I am involved with a project called, “Rent a Neighbor”. I’ve been told me that it’s just now being sent out to some film festivals. The director is an award-winning director who happens to have the same name as the lead singer to the Doors. I have a docu-drama that is streaming on Amazon Prime Video as we speak called, “Off The Grid: Survivalism & Frugality”. I play a co-documentor to a few survivalists along with my friend Scott Goldberg who is the director to them film. It’s loosely based on a documentary theme, but there are elements of scripted work in there as well. I’d like to announce that I am now represented by Glitter Talent Agency in NYC. I will maintain my current agent down South. But I needed to get someone who understands this region to help me find work. I look forward to working with them.

WHAT WOULD YOU SUGGEST TO THE BUDDING ACTORS OUT THERE?
Something that I would suggest to other actors out there, is try anything. If it doesn’t work in the beginning, flesh it out. If there isn’t anything happening in your scene that can help you figure out who your character is, invent it. Where is this character coming from? What kind of music does he/she listen to? Make bold choices. Be yourself, but project your voice. Don’t whisper. You wouldn’t believe the number of the actors and actresses that I see in acting classes I attend that cannot project their voice well. Do the work and have FUN!

HOW CAN YOUR FANS INTERACT WITH YOU ONLINE?
Fans can interact with me on Twitter. I have chosen to lock down the messenger on IG and FB because I get a lot of spam emails from people trying to sell me things since I have a verified FB account. I do from time to time see those emails if someone sends me something, but it’s best to connect with me on Twitter, or you could always send me love letters by snail mail to my agent… lol

What Character Traits Does A Good Mental Health Counselor Need To Succeed?