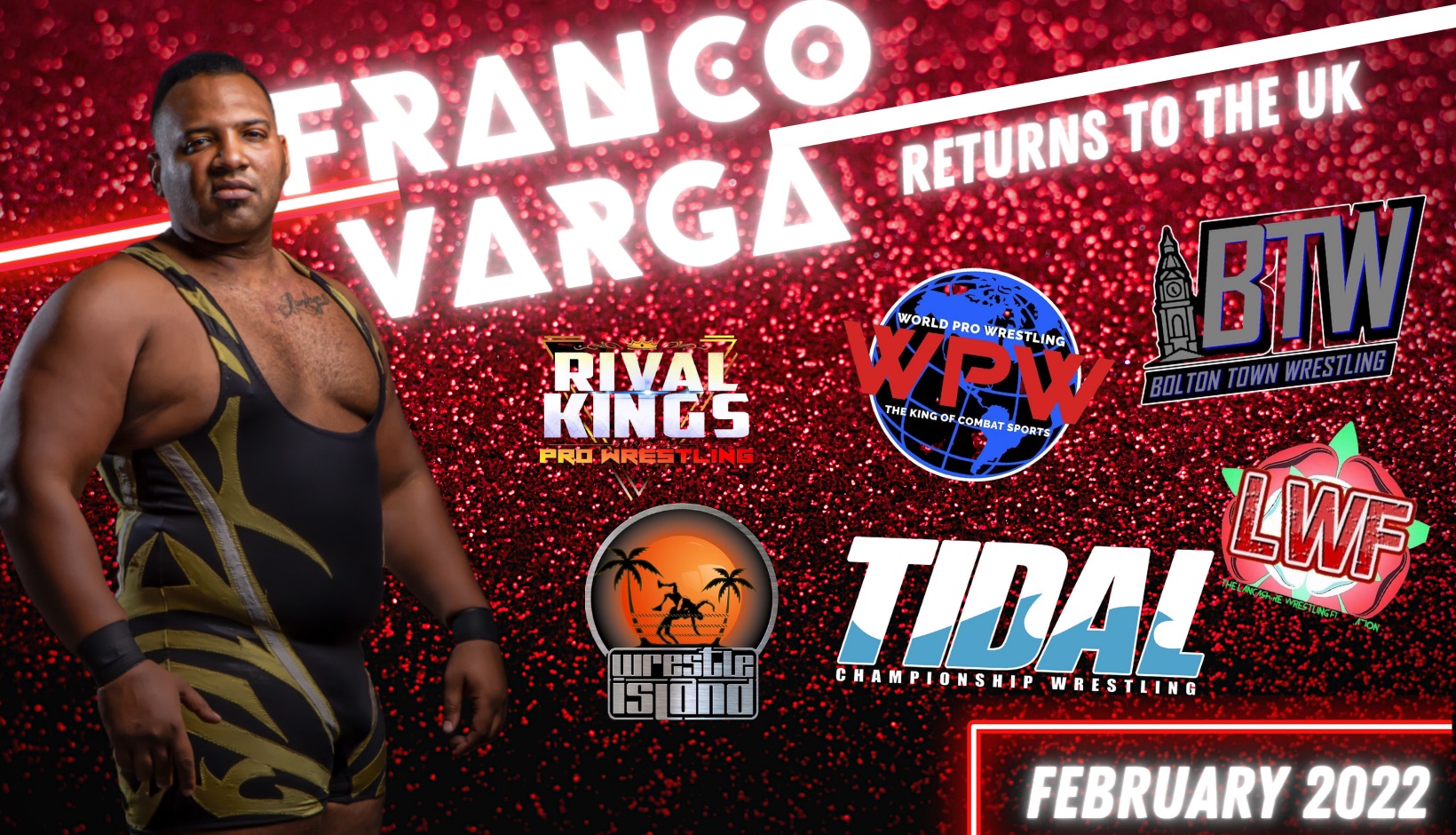 Professional wrestler Franco Varga has been in independent wrestling for almost ten years with matches competed in over six different countries. During the pandemic the independent wrestling community suffered as many events were canceled and only a select few were called upon to compete during this time. Franco was one of them. Wrestling around the world came to a halt until the recent announcements that British wrestling will be returning after an extensive lockdown period. After a successful short tour with companies like Preston City Wrestling and Bolton Town Wrestling Franco Varga returns to England for a three week tour during the month of February. This tour would mark his fourth tour of England so far.

Hello Franco, thanks for taking the time to chat with us! What motivated you to become a wrestler?
I fell in love with wrestling through the process of becoming a wrestler. The physical aspect of sports growing up helped me transition into becoming a professional wrestler. Acting classes early on in life helped me connect quickly with the character aspect of sports entertainment.

We all know you are successful in your sport, but do you remember your 1st success?
My first match in japan I can say was my first true success. I noticed how much differently I was being treated when I returned to America after that. It motivated me to add more countries to my list of accomplishments.

What inspires you to give your best every single day?
My Fans. The fans of professional wrestling in general.

Are you excited about this upcoming event in Minnesota versus Former WWE star EC3?
Yes! This is a match that the fans definitely want to see and I am always excited to do what gets them talking. EC3 will be a great opponent for me.

How Do you feel about returning overseas?
It is an honor to be one of the very few Americans to be considered for these events. To be announced as the main event in a country I don’t live in has been a dream of mine since the beginning. Seeing the excitement online over my return makes it all worth it for me. It’s a feeling I can’t describe.

How do you cope with the mental pressure faced during events?
I try to stay as cool and calm as possible. Doing media based things during the day of the event helps to take the pressure of the match off my mind.

What would you like to say to your fans?
Thank you! Thank you for following me throughout the years and for giving me the motivation to bring you events and matches you will be excited about. Varga stays active in America with his recent announcement in Minnesota versus Former WWE star EC3. The heavily promoted event takes place January 22nd at the northern pacific center in brainerd Minnesota.

Freddy Will Speaks on His Introduction to Hip Hop while living in Kakata, Liberia

Pamela Jackson Releases Her Newest Christian Music Single “We Are…

Jayaram is roped in as Kerala Feeds brand ambassador