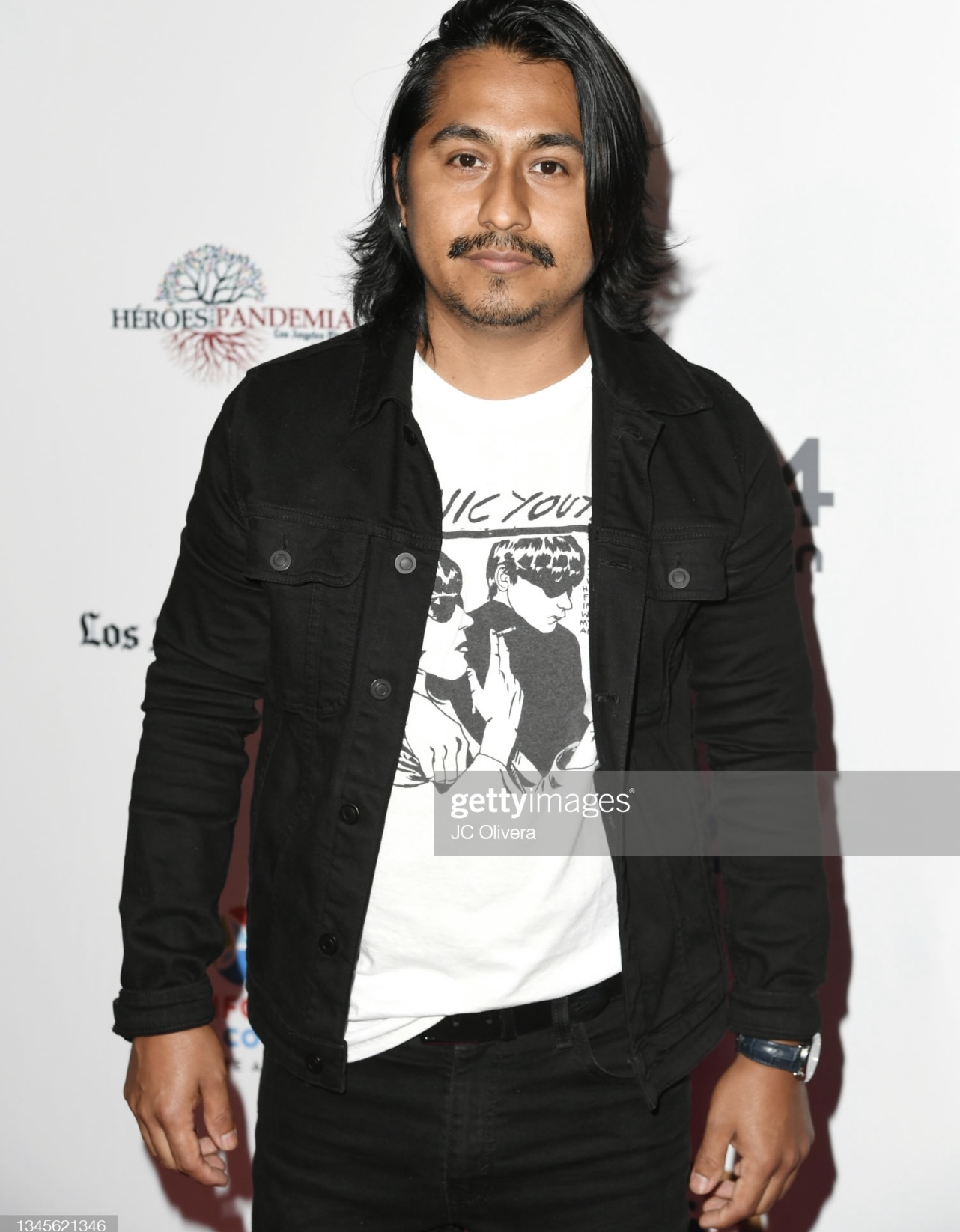 Eric Marq is an acting chameleon known for his ability to lose himself in the life of his characters. Raised in the small town of Palm Springs, California, Eric attended College of The Desert, where he quickly discovered his love for Film and Television. In 2011, he began his career using his real name “Jose Hernandez III,” but two years later began billing himself as “Eric Marq” in tribute to his mother whom originally wanted to give him that name.

HI! THANKS FOR TAKING THE TIME TO CHAT WITH US! CAN YOU TELL US A LITTLE BIT ABOUT YOURSELF, WHO IS ERIC MARQ IN YOUR OWN WORDS?
An Actor, Filmmaker, and Musician… In my own words, a mysterious dreamer full of surprises. In reality, I am extremely shy and quiet. Mainly due to living inside my head. I am the most observant person you will ever meet and I’m an insanely good listener… At least I like to think so.

WHY DID YOU DECIDE TO PURSUE A CREATIVE CAREER?
It was inevitable. I have always been fascinated with the arts since I was a young lad. But I grew up playing sports my whole life, so I suppressed it for so many years up until my junior college days. At the time, I was an ambitious football player that had every intention to go pro. It was my life. Long story short, I didn’t have enough credits to transfer and continue playing, so I jumped into ACTING 1 class and the rest is history.

WHAT WAS YOUR LIFE LIKE BEFORE YOU BECAME A FAMOUS ACTOR?
It was the mental olympics for me. Still is, but a bit more manageable. Meaning life was chaotic. Full schedules from day job to scene study classes, casting director workshops, meetings, budgeting, work on music, administration, making sure I don’t forget to eat, and then doing it all over again on a daily basis. Along with trying to fit having a social life and no money. LIVING THE DREAM! Learned a lot about myself. But that’s how it was, still is.

YOU’RE WELL-KNOWN IN THE INDUSTRY AS “ACTING CHAMELEON,” AND WE’D LOVE TO HEAR THE STORY BEHIND THIS INTRIGUING MONIKER?
I have a bad habit of imitating everything I see. Been at it since my pre-school days. So to jump into someone else’s shoes and pick up their mannerisms on a whim, comes a bit easy for me. I love portraying characters that are extreme because they’re almost always the polar opposite of me. Most of the roles I portray are in that region. I am capable of really hiding behind a character while also maintaining a grounded truth that stems from my personal foundation.

WHEN AND HOW DID YOU GET THE IDEA TO START TORO MARQ PRODUCTIONS? TELL US MORE ABOUT YOUR COMPANY AND WHERE YOU SEE IT GOING IN THE FUTURE.
“Toro” was the name of my late cousin that passed away. His name was Arturo Solis, but we all called him “Toro”. He had a strong passion for filmmaking. The last time we ever spoke, we discussed a few ideas that we wanted to bring to life but we never got to them.  So I started Toro Marq Productions in his memory. I plan on making films with his vision in mind, as well as produce ideas that he would love and get them made.

WHO ARE YOUR BIGGEST INFLUENCES?
Heath Ledger is a huge influence of mine. Watching him in The Dark Knight really ignited this fire in me to pursue acting. I remember the very next day after the movie, I signed up for the ACTING 1 class that I mentioned earlier. Gary Oldman is another. His resume of characters is mind-blowing. Kobe Bryant as well, RIP. I had every shoe he put out growing up. He taught me how to self-discipline. I watched countless interviews with him discussing daily routines and mindsets.

WHAT’S SOMETHING WE SHOULD KNOW ABOUT YOU THAT MIGHT SURPRISE US?
Nothing crazy. I used to play college football. Also, all my life I’ve always wanted to be a musician but never learned to play an instrument or sing. This past year I picked up the guitar, started two bands, and had one live performance. It was so bad, but felt amazing. Now the goal is to sell out an arena. I’m here to ROCK.

ANY UPCOMING PROJECTS/ROLES YOU CAN TALK ABOUT?
I will be in the upcoming film called “Flamin’ Hot” that is directed by the amazing Eva Longoria. I play the role of “Nacho”. Set to screen sometime in 2022.

WHAT IS ONE MESSAGE THAT YOU WOULD LIKE TO GIVE TO YOUR FANS?
The message is to fight for what you believe in, and fight for your art. If you have a story, tell it. In your words. The world needs artists now more than ever.

WHERE CAN OUR READERS FIND YOU ONLINE?
Instagram: eric_jose16

When I Grow Up, I Want to be a Phillip Madinga

How can your business increase sale in 2022 through SEO strategies?