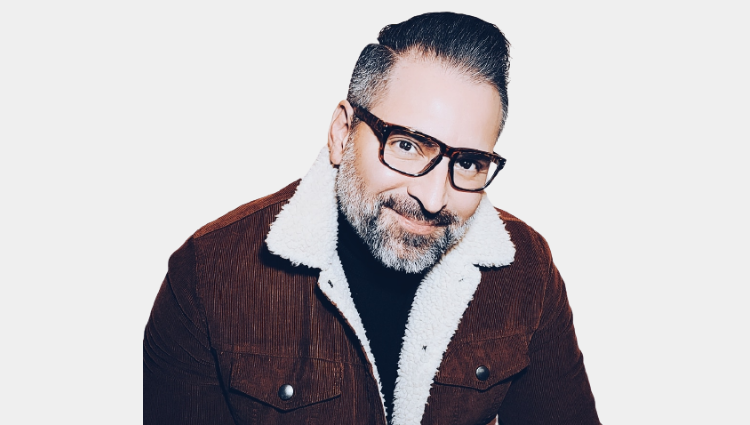 HELLO CHARLEY, WELCOME TO ABOUT INSIDER! CAN YOU TELL US A LITTLE BIT ABOUT YOURSELF?
Thank you so much for having me. I’m excited to sit down with you today. I love your interviews. I’m a fan of your Entertainment section. Just to share a little background on myself, I was born and raised in San Diego, CA. I love my hometown. I have lived and often do live in other places but San Diego will always be home. I love the beach and of course the weather there is heavenly.

I started acting at the age of 7. I’ve been hooked ever since. I currently act and Produce in Television and Film. I’m also on staff at the world renowned Baron Brown Studio in Santa Monica, CA. It is here where we help to hone the craft of the actors that you are currently watching on your streaming platforms, television and film today. A little known fact about me is that I fell into Bodybuilding for about 6 years. I’m a 3 time National Physique Committee Men’s Physique Champion, Nationally Qualified, Sponsored athlete. I broke a record as the leanest ever measured by Body Fat Test.com. I came in at an incredibly shredded 2.7% body fat. That was all due to my coach and master trainer, IFBB Pro Pete Ciccone. I still enjoy getting called by Producers who want me to come on board and physically train their actors and to transform their physiques for upcoming film roles.

WHAT ATTRACTED YOU TO BEGIN A CAREER AS AN ACTOR?
I love what acting has to offer. It allows me to try on other people. It has connected me to my humanity and made me a more empathetic and understanding human being. Art is big and we are small. It’s humbling and exhilirating when you’re a part of something bigger than yourself. In this case, it would be “The Story.”

WHAT IS IT ABOUT COACHING ACTORS THAT YOU LIKE?
People often ask me what it feels like when I see current and former students being nominated and winning Emmy’s, Golden Globes and Academy Awards. That’s nice but the real joy comes from watching the progress and their development process. I love seeing them overcome the struggles of learning how to become a fully equipped artist. I’ve seen people come into the training and one might think that there is no way they could ever become an actor. After fully dedicating themselves to the work and being persistent, they come out of the work unrecognizable. I get actors of all experience levels. No matter where they are in their process, they always come out light years ahead of where they started the training. It inspires me every day.

WHAT’S CHALLENGING ABOUT BRINGING A SCRIPT TO LIFE?
I love seeing the writer(s) face when actors breathe life into the message they were hoping to convey. Character Interpretation and Script Analysis are key elements to bringing a script to life.

WHAT DO YOU THINK OF ACTORS WHO FEEL LIKE GOING TO CLASS OR GETTING COACHING ISN’T NECESSARY?
Ahhhh….You’re talking about Disguised Virtuosity. There are many people who come to Hollywood and immediately want their Academy Award. They show up entitled because their family and friends told them that they’re naturally talented and their agent said that they have “a look.” This line of thinking always results in a cautionary tale of what not to do. The great ones make the craft look seamless. This is why everyone thinks that they can act. People might think, “Hey…I’m from New York! I’m angry! I can play the lead in Taxi Driver.” They think this because De Niro’s craft and technique are unrecognizable as such. He has spent years honing his craft to where it’s no longer detectable. It looks simple, human and real. There’s a wonderful quote by Johann Wolfgang von Goethe that says: ” I wish the stage were as narrow as the wire of a tightrope dancer, so that no incompetent would dare step on it.”

HOW DIFFICULT IS IT TO ESTABLISH YOURSELF IN THE FILM INDUSTRY?
The key is to be seen and be good. It is surprising how quickly word of mouth spreads. Show up prepared and always be a professional. You are the CEO of your own company. You’re representing yourself as a business.

ANY UPCOMING PROJECTS/ROLES YOU CAN TALK ABOUT?
Absolutely. I’m currently working on a film adaptation of the Amazon #1 Best Selling Book Series, “The Carbynarah Chronicles.” I am playing the role of Master Raaj who is a 900-year-old Wizard. I’m also a Producer on the project. In this classic story of good versus evil, two magical factions square off against each other to determine the fate of magic on Carbynarah. This epic Fantasy story has all of the ingredients needed to transport you to a land of magic that you never knew existed. You will find yourself rooting for powerfully written characters, that are so well developed, you will believe they actually exist. The Carbynarah Chronicles is a powerful story, filled with epic adventures, sorcery, magic and a world that is unlike anything you have ever discovered.

When the magic begins to fail on Carbynarah, those who use Essence Magic are pitted against Natural Magic users. Only one form of magic can survive, but which one will rule the day? Or…Is there another way?
I also have a couple of upcoming T.V. series and an A list feature film that I will take part in later this year.

WHAT’S THE ONE BIT OF ADVICE YOU’D LIKE TO GIVE TO ACTORS?
Persistence is the key. Be relentless in your efforts.

WHERE CAN OUR READERS FIND YOU ONLINE?
You can visit my website: www.charleyboon.com
Instagram: @charleyboon_official
IMDB: www.imdb.com/name/nm5440228

Dimitris Kapetanakis : The superstar from Greece that will conquer the world of music