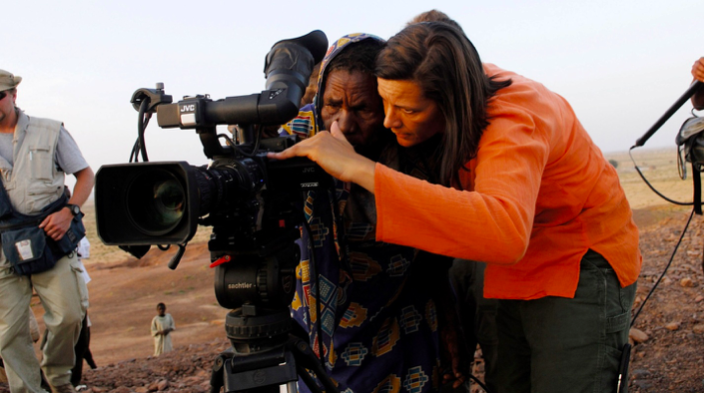 Everybody loves to get inspired by good documentaries once in a while. They are trendy among the viewers since they have a real-life essence. Documentaries are often made from historical footage or photographs, any pre-recorded audio, or simply order of physical excursion. They usually have an origin story and are based on actual authentic events.

Lately, there has been a steep rise in making ‘docuseries,’ becoming a favorite among the viewers. Docuseries allows the director to take some more time and explain his point of view or the purpose in detail. If you are into documentaries or are planning to watch them, we compiled a list for you! Here are five award-winning documentaries that should be a must-watch for everyone.

1. For the Love of Spock

‘For the Love of Spock’ was directed by Leonard Nimoy’s son Adam Nimoy. This is based on the personal and professional life of the iconic Star Trek’s famous actor. Leonard Nimoy plays an overtly logical USS science officer. The documentary also discusses the impact of his role in pop culture and the effect it had on the viewers. It merges classic on-set and behind-the-scenes footage with several castmates’ interviews, personal family photos, as well as opinions of creators that he influenced.

The younger version of Spock in the rebooted movie series, Zachary Quinto, seems to have a prominent appearance in the documentary. But what makes this documentary so noteworthy is that it is not merely a Star Trek fan service. It also gives us a glimpse of his personal life and explores the problematic relationship between Nimoy and his son. It becomes unexpected for the viewers who only knew him as Spock and not by the man. The documentary won many awards, and the most notable one is the Audience Award for Best Documentary at the 2016 Fantasia International Film Festival.

It shows a series of footage alongside thought-provoking interviews of several academics, activists, and political leaders. The documentary also contains interviews with men and women who were first-hand victims of incarceration. 13th won the Bafta Award for Best Documentary in 2017. Almost all documentaries included in the lists can be downloaded from pirate bay proxy and finished at your convenience.

The backdrop of this documentary is set in Leith, North Dakota. Leith has initially been a small town with a population of 16 people. The town was small and quiet until the neo-Nazis started moving in. They purchased land plots all over the city and turned it into a haven for white nationalists. Welcome to Leith is a documentary that deals with the aftermath of the following events. It shows how an insular town is ruined by one hateful man determined to create one ideologically inclined territory in a deeply impoverished corner of America.

It is an outstanding documentary that tells the harrowing tales of religious bigotry and how it affects the integrity of society. Welcome to Leigh, who has been nominated for an Emmy for Best Documentary (2017). Although it did not win any titles, it is worth watching!

Based on the life of iconic singer Amy Winehouse, Asif Kapadia directed the critically acclaimed documentary Amy. Amy had a voice that moved people, and she became an icon at a young age. Four years after death, this documentary depicts the life of the gifted and loved Amy. Despite being at the peak of her success, she could not escape her twisted fate and succumbed to it. This heart-wrenching documentary deconstructs the singer’s signature ‘party girl’ image and helps the viewers take a second look at the once-in-a-generation prodigy’s personal and professional life.

But what makes Amy different is how sensibly it deals with issues like an addiction that the singer faced almost her entire life. This documentary is the first time anybody showed the possible origin of rare musical genius and songwriting abilities. It shows her journey through the complex web of fame, her family, addiction, and how it influenced her whole life. Asif Kapadia excelled at bringing Amy back to life, and it won Oscar for Best Documentary Feature at the 2015 Academy Awards.

Director Clay Tweel’s documentary Gleason gives us hope even in the darkest of times. It is about Steve Gleason, who shot to fame from New Orleans after blocking a punt against the Atlanta Falcons. This match was the very first time New Orleans played in their hometown after the devastation left behind by Hurricane Katrina.

The story takes an interesting turn when, years later, Gleason, age 34, was diagnosed with ALS or Lou Gehrig’s disease. The document vividly shows the struggle of both Gleason and his wife that follows after detecting the disease. At that time, his wife was pregnant with their son, Rivers. It tells the heartbreaking but inspiring tale of a man with a strong will to live and refusal to accept defeat for himself and his loved ones. Gleason became the winner of the Critics Choice Documentary Award (2016).

Apart from these five documentaries mentioned above, there are plenty of other options to choose from for you to binge-watch properly. Documentaries have the power to move and inspire the viewers. It stirs up emotions and makes people think deeply about the subject matter. The essence of reality, real-time footage, personal interviews makes fascinating documentaries.