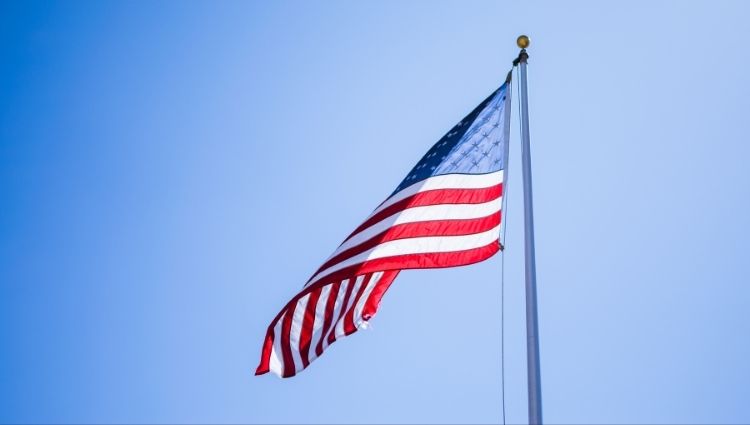 Are you displaying an American flag for the first time? Flying American flags is a great way to show respect for the country, but there are a few mistakes that many people make.

If you want to be as respectful and traditional as possible, you should avoid these American flag hanging errors. Read on to learn about the most common ones.

Do you have a much-loved American flag that’s no longer in great condition? It might be time to replace it.

You can keep the flag if you want, but it’s important that a flag that looks too weathered is removed from display. It’s a sign of disrespect to leave a worn flag up.

If you choose to dispose of the flag, burning it is actually one of the most acceptable options. Many people think that this is a sign of disrespect, but those people likely aren’t aware of the flag code.

While this isn’t common for flying flags, it can happen with flags that you hang in your windows. It could also happen if you’re careless when you make a flag.

If you’re displaying a flag in your window, make sure that the union is always in the correct position. When you look at a photo of an American flag, note where the blue area and stars are.

You may be inclined to hang the flag in your window so it faces you when you’re inside. This would make it back from an outside view. If you’re hanging a flag inside and you want it to face the right way from your perspective, hang it on a wall instead.

3. Flying the Flag in Extreme Weather

You may want to fly your flag on your American flag pole all the time, but this isn’t actually the best idea. You should make sure that it’s appropriate weather for hanging flags.

If there’s a large storm coming, it’s best to take the flag down. This prevents it from getting damaged or blowing away.

There is an exception to this rule, however. If you have a sturdy all-weather waterproof flag, it’s appropriate to leave it up regardless of the weather.

4. Letting the Flag Touch the Ground

One of the worst things that you can do is to let your flag touch the ground. If a flag touches the ground, you’re supposed to clean it right away.

Some people suggest that a flag never touches a wall, but this isn’t a common “rule” anymore. Many people like to have a flag indoors.

Do You Make These American Flag Hanging Errors?

Hanging a flag is easy enough, but make sure that you avoid these American flag hanging errors if you want to stay as respectful and traditional as possible. Some people may be offended by improper flag hanging, so doing it the right way is best.

For more helpful articles about everything you’ve always been curious about, check out the rest of our site.